Beer Splurge: The 29 Fanciest Brews Out There 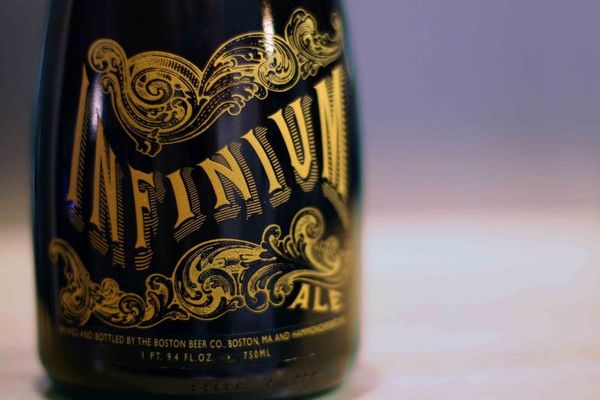 Sláinte! It’s a regular brew-ha-ha here at Brit + Co. Whether you’re ready to spend $90 or $9, we’ve got ideas for your next suds splurge. So grab your beer gear, slice up your beer bread, kick back and enjoy a cold one with us!

1. Crown Ambassador Reserve ($90): This luxury Australian brew gets a new and distinct flavor every year. And you best not be drinking it right out of the bottle. The brewers want it served in a red wine glass. Clink!

2. Sam Adams Utopias ($150): Gorgeously packaged and cognac reminiscent, 15,000 bottles were made in 2012 and, yes, every loving one of them fetched that staggering sum.

3. Sorachi Ace ($15): This golden blonde and hoppy farmhouse ale has a rich, crisp flavor. A revived classic, Sorachi Ace is a two-hop blend with a surprising lemony smell and a price that won’t totally break the bank.

4. Raison d’Etre ($11): If you’re a big brew-ser, chances are you’re pretty familiar with Dogfish Head. This particular sipper of theirs is made with raisins… actual raisins! If that doesn’t sound sweet enough, it’s got a healthy mix of beet sugar in the brew… making it healthy, right? (via Alechemy)

5. Chimay ($11): Chimay has three stellar Trappist options that dress up any evening. We like the classic, but honestly you just can’t go wrong with any of them.

6. Lips of Faith Series ($9): New Belgium has an amazing bunch of brews called Lips of Faith. A few new bubbly options are added each year like the Coconut Curry Hefeweizen or Cascara Quad, which is chock full of dates and coffee cherries… sounds more like a fancy dinner than a beer. (via Hooked on Hops)

8. Innis and Gunn Rum Cask Aged ($11): Love rum? This beer would be perfect for you! It’s also divine with sweet vanilla or caramel desserts.

9. La Fin du Monde ($14): It’s the end of beer as we know it. Golden in color and full of light champagne-like bubbles, pop that bottle. Dinner just got fancy. (via Definition Ale)

11. Midas Touch ($15): Made with ingredients found in Midas’s tomb (for reals), this delicious beer falls somewhere between mead and beer. So lift ’em high and to the sky in honor of sweet honey brews.

12. Banana Bread Beer ($10): Picture shoving banana bread into a beer bottle then drinking it. As comical as it sounds, nothing says sophisticated like banana bread brew. (via Edwin)

14. Infinium ($15): Time for a toast. Infinium is meant for a celebration. Not only is the label awesomely art deco, it’s full of spice and fruit too. (via Cigar Brief)

15. VokStok Space Beer ($20): Beer imported from outer space? Those import taxes must be out of this world.

17. Ommegang Hennepin ($8): Described as hearty and rustic, Hennepin is one of our favorite brews. Pull one out of the fridge, and you’ll be happy too. (via The Ale Runner)

18. Noel ($11): Okay, this is a seasonal beer, so you’ll have to wait to get your hands on it, but once you do, you’ll find that this winter beer is truly astounding and only gets better with age. We hear the eight year point is when it’s truly phenomenal, but who can wait that long?

19. Duvel ($16): The brewing process for this Belgian is no less than 90 days and if you feel like A LOT of hops, you’ll find it in their Tripel Hop brew, released this March.

21. Carlsberg’s Jacobsen Vintage ($400): Are you sitting down? At $400, this is more like a serious investment. These pale barley wines are closer to a dessert wine in full-bodied flavor.

22. Delirium Tremens ($20): Don’t let the name scare you. his beer comes in an incredibly unique bottle and is dangerously delicious. Watch out. You may drink more than you mean to.

23. Old Rasputin Russian Imperial Stout ($20): This rich, dark, intense stout is a great alternative to Guinness. (via Roux on Canton)

24. Founder’s Kentucky Breakfast Stout ($19 per four pack): It’s beer for breakfast this weekend! KBS has a cult following and is a lot fancier than those Keystones that staved off hangovers in college.

25. Trappistes Rochefort ($8): These are three true Trappist ales, named for their original Belgian degrees of gravity. What that translates to is the higher the number, the more alcohol. (via Vice Spy)

26. Zombie Dust American Ale ($12): This super hopped beer is the new undead kid on the block. If you thought the zombie phase had passed, surprise! Time to shotgun! (via Ales in Comparison)

27. Affligem Tripel ($10): While we love Blue Moon, sometimes you just want a Belgian brewed by a monk. What? That’s not a normal craving?

28. Black Ops ($26): “Brooklyn Black Ops does not exist,” so says Brooklyn Breweries’ website. If it did exist (and, oh, it does), it would be aged in bourbon barrels and re-fermented with champagne yeast. Intrigued? We know we are.

29. Pabst Blue Ribbon 1844 ($44): You read that right, the PBR we all know and love sells for $44 per bottle in China! Before you get too excited, understand that the Chinese version is full of premium ingredients and even comes in a fancy glass bottle.

What’s your go-to beer when you’re feeling fancy? Tell us in the comments!

From Your Site Articles
Veronica Thompson
Veronica Thompson works at a San Francisco tech startup dealing with interactive book design. In her spare time, she loves to cook and DIY gifts for family and friends.
Recipes
The Conversation
More From Recipes