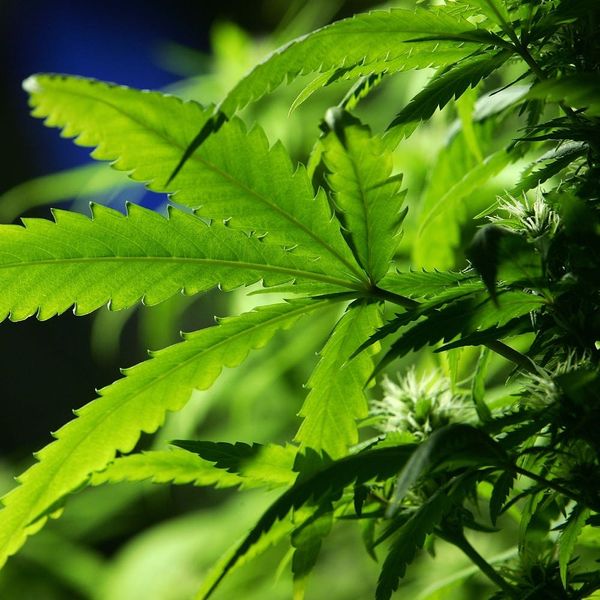 Plenty of us indulge in a daily glass of wine after work, but maybe we should be reaching for an evening joint instead. It’s a good thing that legalized pot is becoming more common and more normalized (just take a look a weed weddings and weed fashion), because it turns out that enjoying marijuana daily may in fact protect and heal the brain from the effects of aging.

According to Nature Medicine, researchers at the University of Bonn and Hebrew University have discovered that using weed daily (i.e. getting regular doses of the main active marijuana ingredient THC) may prevent our brains from “slowing down” as we age.

Granted, their tests were conducted on rodents, but the scientists discovered that younger mice accomplished tasks faster while “sober” and struggled while “under the influence” (which really isn’t a surprise, TBH), however, at the same time the older mice were more skilled when given a daily THC boost.

Encouraged by their findings, the researchers will continue their work with a clinical trial later this year that will conduct similar tests on humans. Hopefully, they’ll see the same kind of promising results.

What do you think about this latest weed-related finding? Let us know @BritandCo!

Desiree O
Desirée O is a ‘Professional Bohemian’ who loves anything and everything related to the arts, entertainment, and pop culture. She ADORES being a ‘Newsy’ for Brit + Co, covering all of the latest tidbits of awesomeness that you want to read about. When she’s not writing, she’s either making messy art, going on long adventurous walks with her camera, or poking around over at bohemianizm (http://www.bohemianizm.com/). You can find out about Desirée O and her work at http://DesireeO.com/ or follow her on Twitter @DesireeO.
Womens Health
More From Womens Health