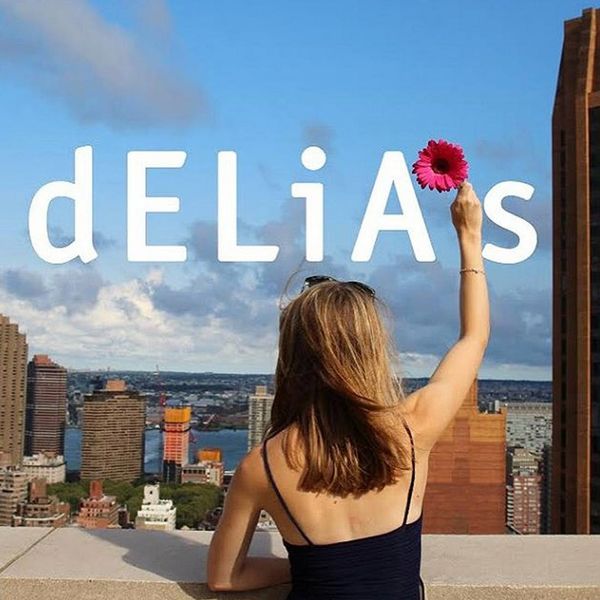 Oh dELiA*s, you sure know how to toy with our heartstrings. Earlier this year we shed a tear when we heard that the ’90s brand was closing it’s doors, but then to our surprise, they announced that they were in fact, making a comeback just a few months later. After a bit of time flipping through our yearbooks and reminiscing over all our favorite buys from the brand, they finally released a new catalog. Unfortunately, we were then swiftly reminded that the clothes we loved in middle school are designed for well, middle schoolers… BUT it looks like that might not be the case for long.

According to BuzzFeed, the iconic ’90s brands (whose target demographic is 7th to 10th graders) is thinking about offering up sizes that would fit adults next year. Steve Russo, who bought dELiA*s back from the grave says, “We’re working on doing a throwback flashback catalog that will probably be done at the beginning of 2016 that brings together the old and the new.”

Considering the ladies who are die-hard dELiA*s fans are mostly now in their 20’s and 30’s this seems like it would be a super wise move for the brand. Russo goes on to say “There are certain aspects of the business that are actually being bought by some of the older customers. We’re gonna start to extend that out to be more where the sizing will be a little more fitting to someone slightly older … there’s a nostalgia element to it. And we want to bring back some of the old models. We’ve already talked to them and met with them, and they’re actually consulting with us in some cases.”

What ’90s styles are you hoping to score from the brand? Share with us in the comments below.

Cortney Clift
Cortney is the senior writer and special projects editor at Brit + Co. She typically covers topics related to women's issues, politics, and lifestyle. When she's not buried behind her computer you'll find her exploring New York City or planning her next big adventure.
90s
Fashion
90s Nostalgia