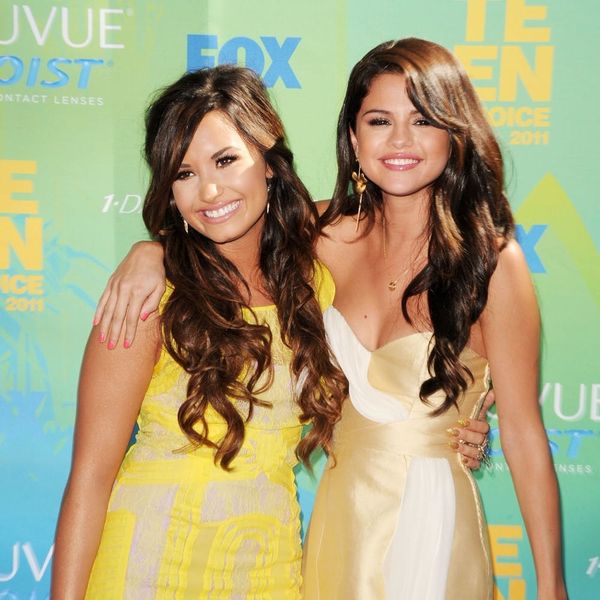 It may sometimes seem like the music industry is all about competition and feuding celebrities — for example, the Katy Perry vs. Taylor Swift saga or the Taylor Swift vs. Kim Kardashian + Kanye West scandal — but that’s certainly not the vibe that Demi Lovato and Selena Gomez are into.

“.@selenagomez Loving your new song Fetish,” Lovato tweeted to her pal. (Incidentally, both women have new music out at the moment — Gomez has just released “Fetish,” while Lovato’s “Sorry Not Sorry” is the newest addition to our summer playlist.)

Lovato went on to highlight their many years of friendship, adding, “…we’ve come a long way since our Barney days.” That’s right, she’s talking about *the* Barney. The big purple dinosaur we loved so much as kids.

Lovato and Gomez first became besties while appearing on Barney & Friends together when they were just little mini-performers, though they drifted apart after their Disney days, as can happen when pals get older… and become super famous.

But it looks like these two still feel the friendly vibe, and that’s just so awesome.