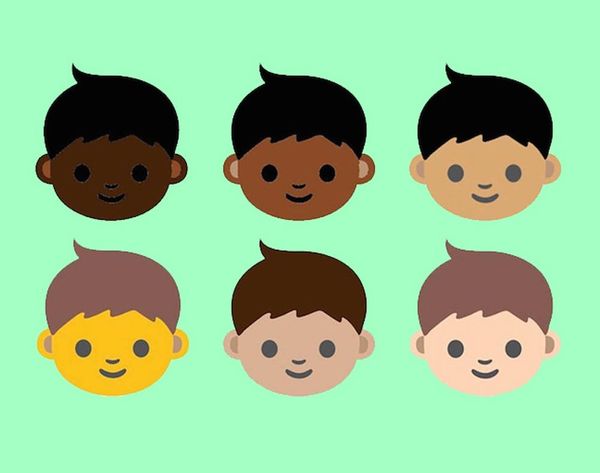 More emoji news coming your way, people! It’s been well documented that our favorite texting friends are more than a message accessory, they’ve opened up a whole new method of communication — one where we speak in tiny slices of pizza, cheeky monkeys and heart-eyed kittens. But as we integrate these characters more into everyday communication, it’s important that they more closely reflect real life.

Case in point: folks are not walking around with Crayola yellow skin – turns out we aren’t living in an episode of Doug after all. After a petition was posted on DoSomething.org in August for emoji to more closely resemble realistic skin tones, it seems a change might finally be made. The Unicode Consortium, which sets the international standards for text and characters on all software platforms, has released a new working draft for emoji characters and standards.

In its lengthy proposal, Unicode offers a section focused on diversity which aims to develop a palette that will allow users to choose between five different skin tones for their emoji. The proposed skin tones are based on the Fitzpatrick scale, a dermatology backed classification system for human skin color. Emoji will still first be displayed in their traditional, sunny color, but you will be able to customize to another shade should you choose to do so.

Adding diversity to an aspect of tech that we use everyday would be a giant step forward, but this isn’t a concrete plan as of yet. This proposal for changes to the Unicode Standard won’t be set in stone until June 2015. ‘Til then, download an app like iDiversicons or Bitmoji that lets you make your emoji look like, well, you.

What are your thoughts on this idea? Have you been campaigning for new, more diverse emoji? Let us know what you think in the comments below.