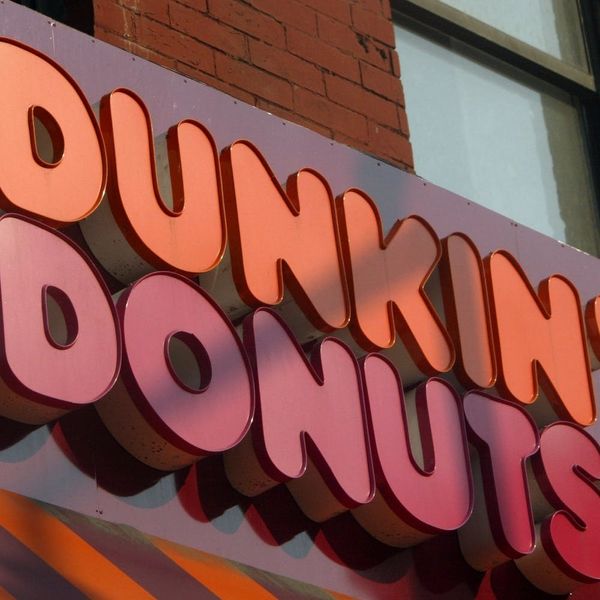 Dunkin’ Donuts’ Girl Scout coffee may be on the way out (*tear*), but the fast food chain is already ready to introduce you to your next favorite sweet treat — at least if you live in Boston, Massachusetts!

The shop is testing out what they’re calling “donut fries” — a confectionary treat that appears to the be the stick form of an elephant ear, with fried dough coated in sugar.

A Dunkin’ Donuts spokeswoman confirmed the news with a statement the Boston Globe, noting that the company was testing the fries in “a small number of Boston markets” in hopes of gaining enough positive feedback to potentially take the new $2 snack menu item global.

So far, so good: If the Twitter buzz is any indicator, you’ll be seeing these little puppies on a menu near you before you know it.

@dunkindonuts I’m excited for the donut fries, let’s hurry up and bring them to #connecticut

Well they did it… they combined the best two Foods imaginable, french fries and donuts 🌟

As the statement explained, “The snacking menu features several new sweet and savory items that pair perfectly with Dunkin’ Donuts signature beverages and are ideal for an energizing afternoon break.

Donut fries: Yay or nay? Tell us over @BritandCo.

Nicole Briese
Nicole is the weekend editor for Brit + Co who loves bringing you all the latest buzz. When she's not busy typing away into the wee hours, you can usually find her canoodling with her fur babies, rooting around in a bookstore, or rocking out at a concert of some sort (Guns N' Roses forever!). Check out all her latest musings and past work at nicolebjean.com.
Sweets
Food News
Sweets
The Conversation
Reviews:
More From Food News