What Ed Westwick Texted Blake Lively After She Gave Birth 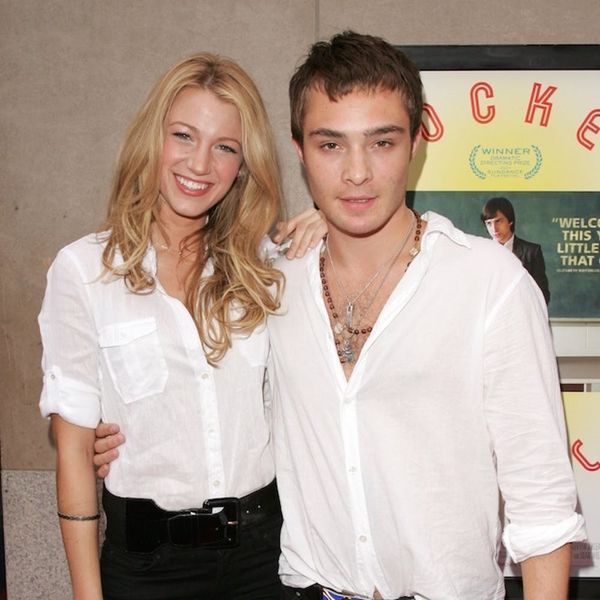 While Blake Lively has been in Italy playing with her food and hanging with her daughter in Thailand, her former Gossip Girl co-star Ed Westwick has been in Los Angeles working on his own project, ABC’s Wicked City, a new drama where he plays a serial killer. We’re certain Ed, talented as he is, will have no problem pulling off the role, but he is forever in our hearts the devilishly handsome, sultry-voiced and wealthy AF Chuck Bass.

Recently, E Online caught up with him in Beverly Hills during the 2015 TCA Press Tour and asked him whether he’s been in touch with Blake Lively, his old classmate from Constance Billard/St. Jude’s, since she wed Ryan Reynolds and gave birth to baby James. Ed’s response was that while he had yet the pleasure of meeting Blake’s daughter (same same), he had indeed texted his congratulations when she was born and that he “looked forward to the day when I finally get to say hello.” Awww, what a gentlemanly congrats. Also, please Instagram that meeting, Blake.

He also revealed that while he had yet to speak to Leighton Meester since news broke she’s also expecting (with Seth Cohen from The O.C.!), he was confident she was doing well, since “she’s a great girl.” Seems like Ed only has great things to say about his former co-stars. What a sweetheart.

What’s that? Oh, the sound of fangirls everywhere swooning.

What do you think of Ed’s text to Blake? Tell us in the comments below!

Kimberly Wang
Kimberly Wang writes about all things pop culture, tech, style, and beauty. She's a Bay Area transplant and has an MFA in Creative Writing from Columbia University. On a sunny New York day, you can find her hanging out with her mini schnauzer Isabelle Jellybean on a blanket in Central Park.
Blake Lively
Parenting
Blake Lively Celebrity Baby