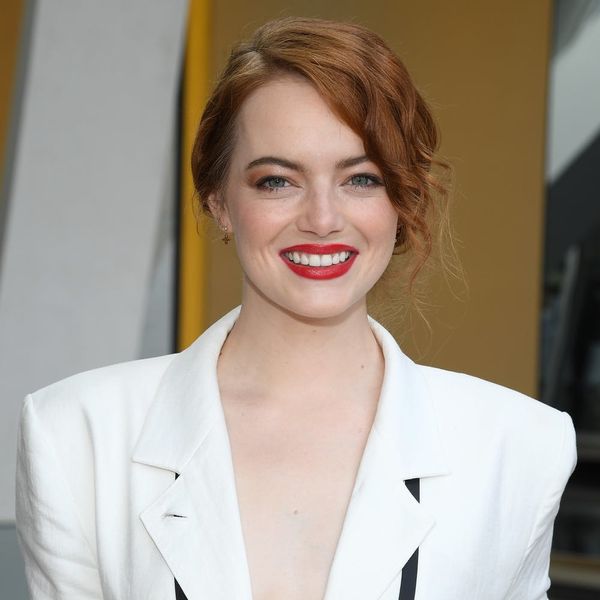 Emma Stone will turn 30 in November, and as the milestone birthday approaches, she’s taking stock of her life and her priorities — which, as she told BFF Jennifer Lawrence in a new interview, have changed recently.

“I think it’s been a good time to get a little perspective, because things were so heavy work wise for the past few years. And honestly, so many of my dreams are now personal and less professional,” the Maniac actress said during a chat with Lawrence for Elle‘s September issue.

“My twenties were a really interesting time, and there’s been a lot that has happened in these past 10 years, both positive and not as positive,” she explained. “It’s weird how much turning 30 crystallizes your life. Instead of just living the dreams that I had in my youth and getting to do the job that I love to do and making friends and going through all of that, it’s like, ‘Now what do I actively want as an adult?'”

One thing she wants is a family of her own. And while she says she’s realized that “you pick your family… your friendships, the people who go with you into these next phases of your life — you’re choosing your family,” she also wants that family to include a spouse and children, which is not something she was interested in before.

Friendship, to Emma Stone, is pretty much everything. Which is why the star requested that she be interviewed by her longtime pal Jennifer Lawrence (who calls her by her real name, Emily) for her September ELLE cover. The two got together in New York to discuss Emma’s new project, living life in the public eye, and turning the big 3-0. Link in bio. . . . ELLE September 2018 credits: #EmmaStone interviewed by #JenniferLawrence editor-in-chief: @ninagarcia creative director: #stephengan photographer: @benhassett stylist: @samiranasr makeup: @rachelgoodwinmakeup hair: @mararoszak nails: @naominailsnyc

Still, she said, “It’s less thinking about the next 10 years and what needs to happen and just sort of relaxing into what will be instead of trying to control the outcome.”

How have your dreams changed as you’ve gotten older? Let us know @BritandCo!