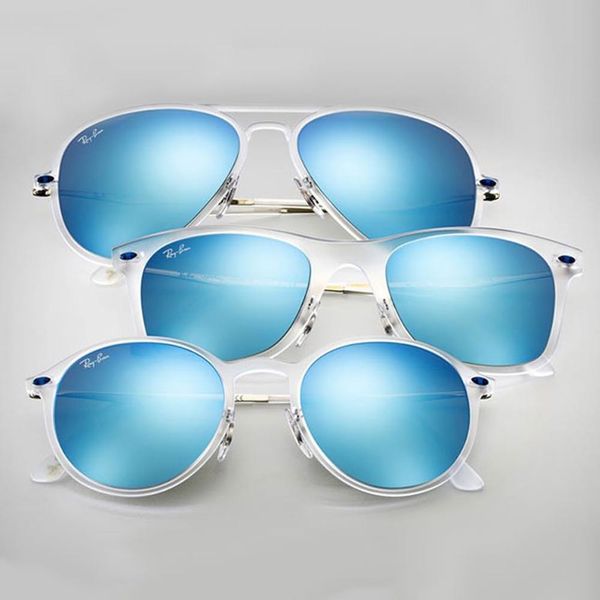 When Google announced back in January that it would stop selling Google Glass, we hoped that tech titans would keep the clunky smart frames off the shelves until they had undergone an *actually* wearable (not just passable) makeover. Now it looks like those months of sending good sartorial vibes Silicon Valley’s way have paid off: WSJ reports that Google is partnering with the makers of Ray-Ban to launch a brand-new version of Glass.

The announcement came from Italian luxury eyewear company Luxottica’s CEO Massimo Vian last week, and revealed no set launch date or design details. Rather, Vian said that his team is currently in the process of careful planning. “In Google, there are some second thoughts on how to interpret version 3 [of the eyewear]. What you saw was version 1. We’re now working on version 2, which is in preparation.” Our takeaway: this new version is so not Glasshole-worthy. Fingers crossed for thinner frames, a minimized camera and an arsenal of trendier shapes — think: smart cat eyes or aviators or more fashion-forward styles that might just make all that annoying gesturing look cool and effortless and not like a creepy nervous tick.

So is this the stride that we’ve been waiting for from the black sheep of tech-cesories? It’s too early to really tell, but all signs point to yes. By tapping one of the biggest names in the luxury eyewear game to relaunch the next gen specs (besides Ray-Ban, Luxottica’s brands include high-end designers like Burberry, Chanel and Coach to name a few), Google is repositioning itself as a tech brand that puts fashion hand in hand with innovation, a move that should warrant as much sartorial cred as when Intel paired up with Opening Ceremony to create its super sophisticated smart bangle.

Furthermore, it sounds like Google isn’t just asking Luxottica to try to camouflage a flawed design. Rather, it seems like they’re undertaking a full-on reboot, one that’s actually taking to heart all of the harsh-but-true criticism that engulfed Glass from the start. At least, that seems to be the case, considering Luxottica’s founder, Leonardo Del Vecchio, was one of those outspoken critics. “It would embarrass me going around with that on my face. It would be OK in the disco, but I no longer go to the disco,” he told the Financial Times of Glass last fall. If Google can convince the head honcho that a chic revamp is actually attainable, consider us converted, too. We’ll certainly stay tuned: there might just be something completely game changing coming our way.

What would you like to see from the next release of Google Glass? Could anything get you to wear the smart frames? Tell us in the comments below.