The One French Dish You Have to Try, According to Chef Dominique Crenn 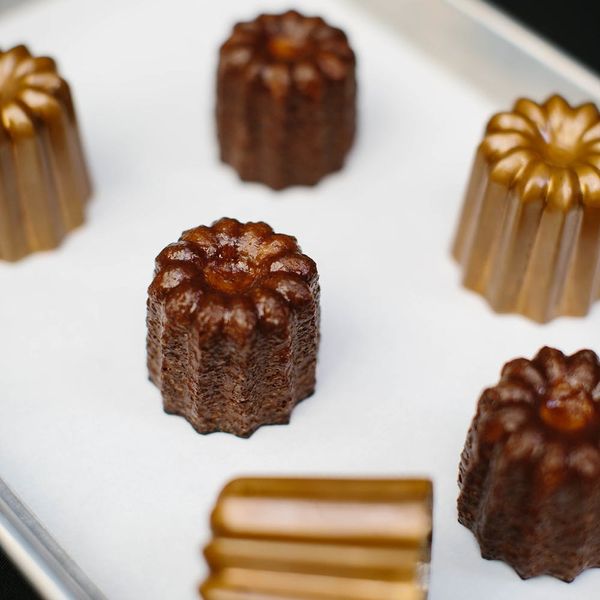 Old-school gourmet French entrées are making a comeback. If you’re wondering why we Americans have such a romantic fascination with la gastronomie française, it’s precisely due to figures like Dominique Crenn. For the San Francisco-based chef, food (French cuisine more specifically) is the medium she uses to express poetry and storytelling. Oo la! (Hot tip: The French drop the last “la.”)

Her latest work of art? Bar Crenn, a wine bar in San Francisco’s Marina District that’s seven years in the making. Crenn describes it as a place to gather and hang out for a lounge-style dinner ($85 for three-course prix fixe) and was inspired by 1920s Paris. “Everything we serve is about telling a story and sharing that story with you through the lens of classic dishes,” she told Brit + Co.

What story exactly? Well, Crenn reached out to her Michelin-starred French chef buddies like Alain Ducasse requesting authentic French dishes, and though she wasn’t sure what sort of response she would receive, the recipes flooded in. She says they have dozens of recipes from the best chefs in the world to showcase on the Bar Crenn menu. She added, “Create a team of talent that want to create a vision with you, and then you can go to the moon!”

By far, the best dish we tried is the quenelle de brochet with sauce Nantua, or sole cakes with a crayfish sauce. Crenn says this is the one classic French dish that all people need to experience at least once in their lifetime, and we agree. Delicate white fish is combined with egg and heavy cream and poached into little mousse cakes with a fluffy, airy texture almost like a steamed soufflé. The “cakes” are dressed in a velvety tomato-cognac sauce with a few pieces of tender crayfish.

As for the chef’s favorite item, it’s a pastry that stems from her childhood. “I would have to choose the tarte tatin,” she said. “My mother would make it almost every Sunday and I would help her with the dough and apples. It was about working together and an opportunity for storytelling that keeps it so special to me.”

Another highlight that’s not to be missed are the perfectly caramelized canelés with a soft custard interior and snappy exterior. Though we don’t know the story behind them, we do know that it takes serious skill to master a canelé. You will taste the years it took to perfect the recipe and hours of training the pastry cook endured to do it justice. Are you beginning to look at food differently? Yes, us too!

Though the new restaurant just opened on March 13, it’s already booked up for the next month. But there is a workaround. Crenn recently joined as a chef partner for the American Express Global Dining Collection, which means if you’re a Platinum card member, you can access exclusive reservations through the concierge service plus get a complimentary treat while at the restaurant.