Here Are the Top 20 Baby Names Inspired by Geography 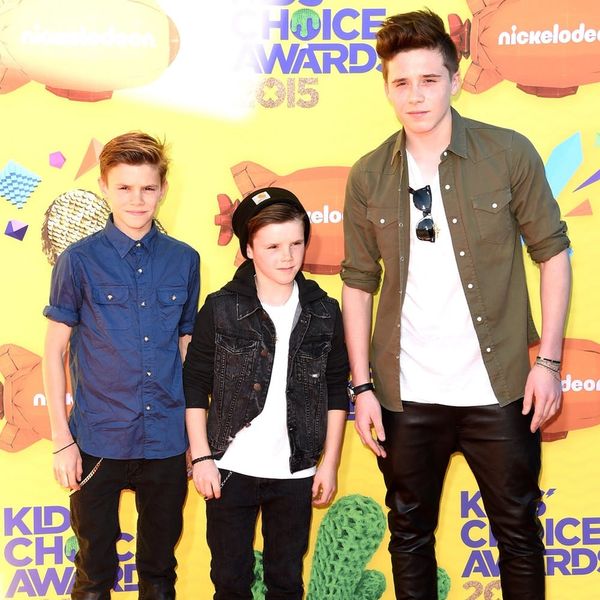 It’s been 16 years since Victoria and David Beckham famously named their oldest son Brooklyn after the location where he was conceived. (TMI, Beckhams!) Many more celebs, including Alec Baldwin and Kim Basinger (who named their daughter Ireland), Paris Hilton’s parents and Kourtney Kardashian (who gave Penelope the middle name Scotland), have opted to name their wee ones after places. You might not see them in the most popular names of 2015, but we predict this geography trend will keep on trucking. Not only are city, country and body-of-water names powerful and memorable, they’re unisex and make a cute homage to a place that’s special to the proud parents. So, what are the most popular geography-inspired baby names? We compiled this list from the Social Security Administration’s baby-name database, leaving out any names that are super prevalent or where the baby name obviously came before the location name (e.g. Charlotte).

1. Austin: Your little guy will be the hippest indie rocker at SXSW in 20 years.

2. Camden: Whether you’re paying homage to the London borough or the town in New Jersey, this one just sounds regal.

3. Kingston: Follow Gwen Stefani and Gavin Rossdale’s lead and go with the Jamaican capital for a name.

5. Trenton: Attention New Jersey lovers! Here’s another NJ-inspired name that sounds fancy as can be.

6. Dallas: Even if you don’t let your baby grow up to be a cowboy, Dallas is the perfect name to show your love of all things Southern.

7. Phoenix: Derived from the mythological Greek bird that rose from the ashes to be reborn, this name is inspirational and meaningful.

8. Milan: Who knows, maybe your baby boy will grow up to be a fashion designer!

Not popular yet, but have potential: Zaire and Houston

2. Brooklyn / Brooklynn: Beckhams aside, it’s only natural that New York’s hippest borough would be used as a gender-neutral baby name.

3. Savannah: Savannah’s weeping willow trees, gorgeous beaches and historic architecture are an inspiration for your little lady’s name — even if she’s not a southern belle.

4. London / Londyn: No matter how you spell it, this name’s got class.

6. Georgia: The South has it made when it comes to beautifully feminine names. Georgia spiked in popularity in the 1880s and is now seeing a major comeback.

7. Paris: Even if you weren’t a fan of The Simple Life (but come on, who wasn’t?), the name Paris evokes class and timeless French girl style.

8. Jordan: Switch it up and go with Jordin, a la Jordin Sparks. Or Jordy, after France’s famous baby rapper.

9. Chelsea: Bill and Hilary’s daughter popularized this name for girls in the ’90s. It’s perfect if your daughter is bound to have boho-chic style like the London and New York neighborhoods of the same name, or if she will aspire to be a go-getter, political correspondent and philanthropist.

10. Bristol: Sarah Palin’s daughter brought this England-inspired name into the public consciousness back in 2008.

Not popular yet, but have potential: Dallas and America

Would you name your baby after a place? What are your favorite names on this geography-inspired list?

Dana Raidt
Dana is a Midwestern writer and editor with a passion for music, a penchant for thrift-store shopping and a never-ending recipe repertoire. She loves the beach, brunch, Fleetwood Mac and hoop earrings and is one half of Girl Germs, a concert series that honors fabulous lady musicians.
Kardashians
Baby Names
Kardashians