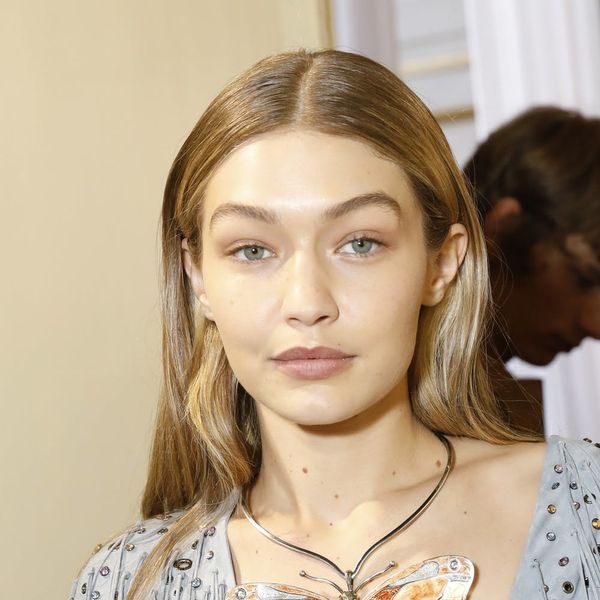 Gigi Hadid knows good footwear. The model caused a buying frenzy back in 2015 when she was spotted in Everlane’s now infamous Leather Street Shoes ($135), resulting in a waiting list upwards of 10,000. In 2016, she helped design the Gigi boot for Stuart Weitzman, which subsequently sold out. Now, she’s about to do it once more, teaming up with the footwear brand again (she is an ambassador, after all) to bring fans the next It-shoe: the Gigi Mule.

Fans who sign up ahead of the shoe’s release will also be privy to a special, VIP short film titled, “The Season for Loving” that launches on November 15.

Are you pumped for a Gigi mule? Tell us over @BritandCo.

Nicole Briese
Nicole is the weekend editor for Brit + Co who loves bringing you all the latest buzz. When she's not busy typing away into the wee hours, you can usually find her canoodling with her fur babies, rooting around in a bookstore, or rocking out at a concert of some sort (Guns N' Roses forever!). Check out all her latest musings and past work at nicolebjean.com.
Celebrities
Celeb Style
Celebrities Celebrity Style Fashion Collaboration Shoes