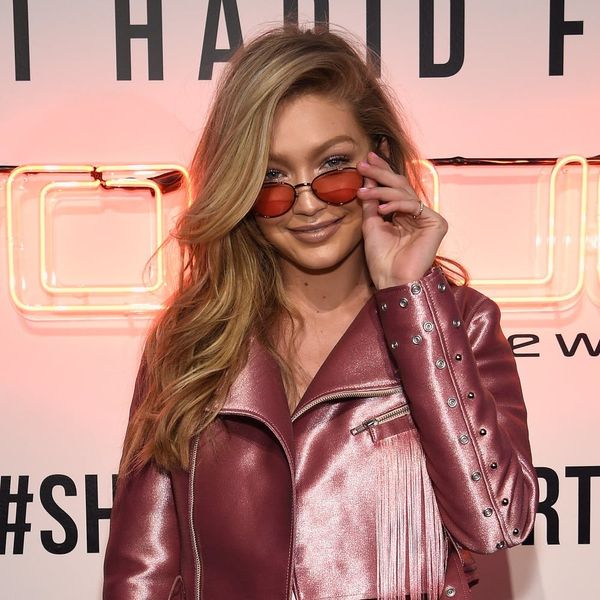 Gigi Hadid has finally followed Kendall Jenner and Taylor Swift‘s leads and completed her own “73 Questions” video with Vogue. In the video, which Hadid has asked to do “like 100 times,” she opens up about boyfriend Zayn Malik (YES!), talks about her reality star mom Yolanda Foster, mentions Rihannatwice, and shows off some hidden talents. Sadly, we didn’t get a tour of her home as we usually do with these clips, but we did get a tour of her modeling agency. The video dropped just as the fashion bible released images from Hadid’s August cover shoot with Malik.

Hadid confirmed Malik loves baking pies, for which she is “so grateful,” and said his chicken and sweet corn pie is his best because it’s “like a hug.” (And now we’re hoping the former One Direction member’s next venture is a pie business.) She also said the most romantic thing he ever did for her was plan a Valentine’s Day boat trip, and she couldn’t pick a favorite tattoo of his because she likes a different one every week (although we have to guess she’s partial to the one she most likely inspired.) Unrelated-but-totally-related to Malik, Hadid also said she definitely wants kids one day.

Elsewhere in the video, the cover star shared the sound advice she got from her mom, a former model, that’s been the secret to her success: “If you’re not the nicest, most hardworking girl in the industry, there’s going to be someone prettier, nicer, and more hardworking.” We’re going to go ahead and apply that mantra to everything we do.

As for her fellow celebs, Rihanna won the titles of Girl Crush and Style Icon (along with the Olsen twins). And after showing off her painting, left-handed writing, whistling, boxing, and volleyball skills, the horoscope-obsessed, spicy-margarita-drinking, Netflix’s-Abstract-watching Hadid listed her top 10 favorite Taylor Swift songs, including “Dear John,” “Forever and Always,” “Tim McGraw,” and “Better Man,” which Swift wrote for Little Big Town.

Learn all of that and 55 other things in the video above!

Were there any questions Hadid didn’t answer that you’re dying to know? Tell us @BritandCo!