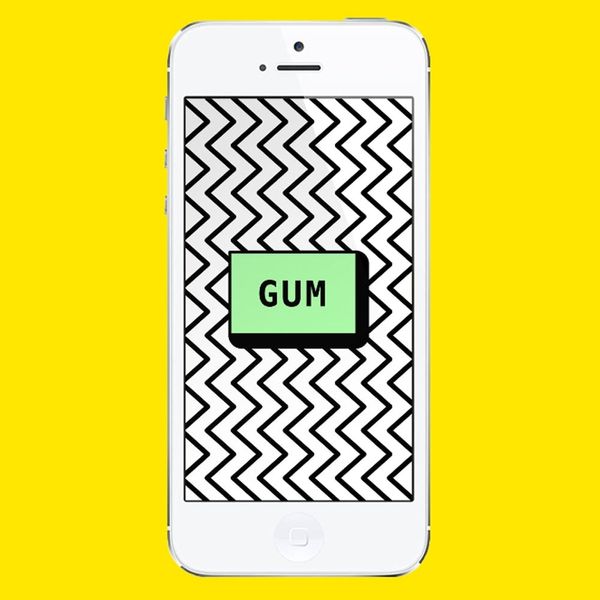 Some apps start off as something totally different than what they end up as. Like Twitter started out as a way to talk with multiple people in short little messages. 140 characters later, it’s the place for news and Anna Kendrick’s hilarity. Gum is an app still in those early stages where you’re not quite sure how people will use it and what it will grow into, but we’re excited to find out.

With the Gum app (free on iOS), you snap a pic of the bar code on anything — a pack of gum, a bottle of wine or a shirt from Target. Then, you can attach a message to it and anyone who scans that same barcode anywhere in the world can see it. That’s pretty much it… but is it? We’ve been chewing on some ideas of how we’d love to use Gum:

We’re just getting started, but we can’t wait to really explore the potential of this app. Since it’s still in its early phases, it doesn’t have features like geolocation or social sharing, but it’s amped up to grow and create “The Social Network of Things.” You can download Gum for free on iOS.

What would you do with Gum? Let us know in the comments!

Katelan Cunningham
Katelan is a tech junkie obsessing over all things startup and design. She has entirely way too many apps on her phone and is no stranger to binge-watching. She accidentally fell in love in Los Angeles and that’s where she currently lives, writes, tweets and grams.
Tech
More From Tech