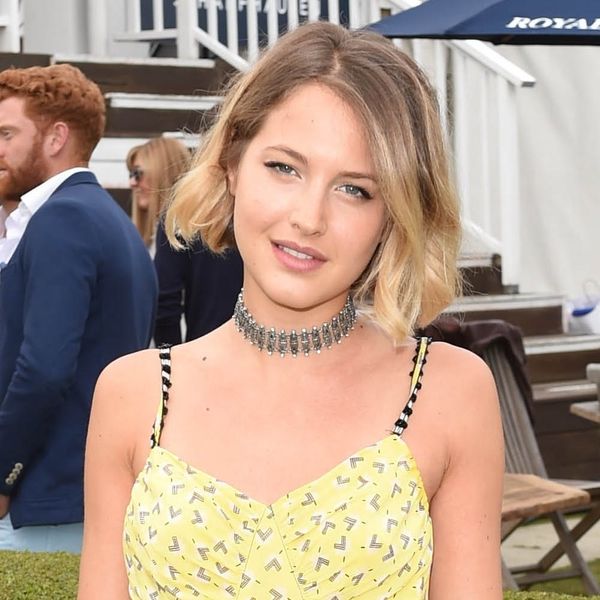 Harry Styles recently made an unexpected announcement about his sexuality to say he’s never felt the need to label it, but that hasn’t stopped fans from speculating about his personal life, which includes his new rumored relationship with food blogger Tess Ward.

Despite the fact that neither Styles nor Ward have confirmed that they’re dating, with Ward telling UK’s The Times, “I literally don’t have anything to say about that,” the buzz surrounding their maybe relationship is enough to have the singer’s fans targeting the blogger. While it won’t shock (but should surely disappoint) you that she had to delete both her Twitter and Snapchat accounts and has “fallen a bit out of love with Instagram,” she admitted to E! that she’s been receiving her fair-share of hate mail since the buzz began that are all “like, er, interesting.” (That’s surely a tactful way of saying, “friggin’ horrible!”)

“At the moment, I’m getting a lot of direct messages there, but I respectfully choose not to reply to them,” she said.

And though it seems she has her social media tactic down, the one thing Ward certainly didn’t expect was the attacks that would start appearing on sites where her cookbook, The Naked Diet ($17), is for sale, revealing that the rumored relationship with Styles has led to nasty one-star reviews. Wow.

The 27-year-old is now saying she “just wants a break. I’m not the kind of person who’s interested in fame and if you’re put in an environment which you don’t understand and you can’t control and you don’t want, it’s horrible,” she laments.

After all, as she reminds readers (and possibly Styles fans), “For everyone following and messaging me, I am thankful but please be kind to me. All I want is to share beautiful food with all of you.” Fair enough!

What do you think about the backlash people face when they date celebs? Let us know @BritandCo!

Desiree O
Desirée O is a ‘Professional Bohemian’ who loves anything and everything related to the arts, entertainment, and pop culture. She ADORES being a ‘Newsy’ for Brit + Co, covering all of the latest tidbits of awesomeness that you want to read about. When she’s not writing, she’s either making messy art, going on long adventurous walks with her camera, or poking around over at bohemianizm (http://www.bohemianizm.com/). You can find out about Desirée O and her work at http://DesireeO.com/ or follow her on Twitter @DesireeO.
Celebrity Couples
Celebrity News
Celebrity Couples Controversy
More From Celebrity News