Harry Styles Made a Totally Unexpected Announcement About His Sexuality 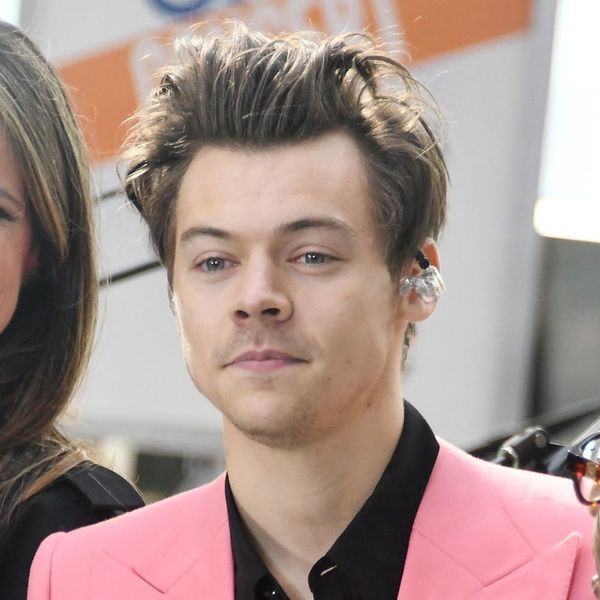 In case you forgot (though we’re not sure how you could), TONIGHT is the night when Harry Styles will begin his “residency” for The Late Late Show With James Corden, centered on promoting his new album. With many speculating that the album is based on his short-lived, back-in-the-day relationship with Taylor Swift, excitement levels are high, indeed. Everything about the sitch is totally buzz-worthy, but there’s something else that folks are talking about when it comes to Mr. Styles (ASIDE from his killer, heel-friendly fashion sense, of course!): the unexpected announcement the 23-year-old just made about his sexuality.

Though he’s rumored to be seeing a new lady, Styles recently addressed questions about how he identifies when it comes to his sexual preference(s) during an interview with the UK’s Sun, and it wasn’t as cut and dry as you might expect. The “Sign of the Times” singer admitted that he doesn’t feel the need to label himself. “No, I’ve never felt the need to really. No,” he revealed. “I don’t feel like it’s something I’ve ever felt like I have to explain about myself.”

He added, “Being in a creative field, it’s important to be ­progressive. People doing stuff like that [i.e. Miley Cyrus opening up about being pansexual] is great… everyone should just be who they want to be.” The ex-1D-er continued, “It’s tough to justify somebody having to answer to someone else about stuff like that.”

No need to justify, Harry; fans love ya the way you are!

What do you think about Harry Styles’ feelings about sexuality? Let us know @BritandCo!