How HER Became the Queer Woman’s Answer to Grindr 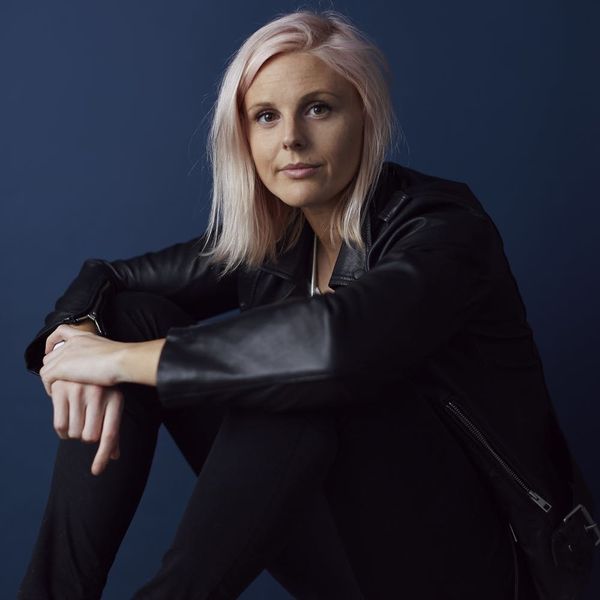 Robyn Exton, founder and CEO of the dating app HER, names the year 2012 as a turning point in her professional life. Back then, Exton worked at a marketing agency, where she spent the year assigned to a client in the online dating business. But as she was working alongside her client to develop its brand presence, she couldn’t help but notice some serious holes in the industry: namely, that nobody in the biz had innovated beyond the app and website concepts of dating sites that were initially created for gay men. While Grindr seemed to dominate the dating market for men’s hookups and relationships, she wondered: where was the dating service for women, trans, and gender non-conforming folks?

Then, one of Exton’s best friends broke up with her girlfriend and was trying to find a website to use to meet other women. Extron tells us that it was her friend’s struggle to find a decent online dating platform, combined with her own on-the-job observations, that led her to think: “Wait a minute, why has something never actually been built for queer women that we can be proud of?”

From that moment on, she knew in her heart that she could create the product to rival Grindr.

On a whim and a prayer, Exton quit her job, moved home with her father, and started immediately taking lessons to learn how to code. In less than a year, she scraped together her savings, combined with earnings from a part-time job, to release her first dating app, Dattch — a blend of “date” and “catch” — dedicated solely to lesbian, bisexual, and queer folks.

The first version of Dattch came out in September 2013, but Exton reveals that it just didn’t work the way she had hoped. She tells us that even with women involved in the building process, there was a “huge oversight of not really looking at, thinking about, or understanding what women are looking for in this kind of experience.”

Rather than accept defeat, she went back to the drawing board and started over.

Exton says that the failure of Dattch only made it clearer that lesbian, queer, bisexual, and bicurious women needed a dating app designed for their own specific needs.

“Even when the app didn’t work,” she recalls, “the people we spoke to about the content… said they were really excited about it.” In March 2015, after raising $1 million in funding from investors such as reddit founder (and the future Mr. Serena Williams) Alexis Ohanian, plus Garry Tan and Michael Birch from Y Combinator, Dattch was renamed HER.

Exton and her team spent six months testing their product with users to understand what they really wanted in an app. After a polling of its users showcased that people under the age of 29 were over 100 percent likelier than older users to identify as pansexual, and comparably more likely to identify as non-binary, Exton decided to include options for non-binary, trans, and pansexual users on the app.

“This is who they are and how they’re choosing to express themselves and it was important that our branding reflected that,” Exton says. What’s more, the brand changed its logo to a four-barred ‘E’ to represent all genders, a move that reflects the team’s “unapologetic” belief “that the future is fluid.”

With three million users to date, HER is flourishing. While Exton admits that a lot of work still needs to be done in the tech community to ensure that more LGBTQ+ and female founders are given the encouragement to move forward, her advice to any queer and/or female aspiring tech entrepreneur is to keep on pushing.

“Make people see how important and how valuable our community is and how we will be the people that will be dictating, in my opinion, how the future will look like.”

Amanda Scriver
Amanda Scriver is a passionate storyteller and body image advocate based out of Toronto, Canada. When she isn't writing for various publications, she finds time to Keep Up With The Kardashians while partaking in life's greatest pleasure: the chip buffet. Don't ask her what her favorite restaurant is, it's complicated
Apps
Gender Issues
Apps Dating Ladies First LGBTQ