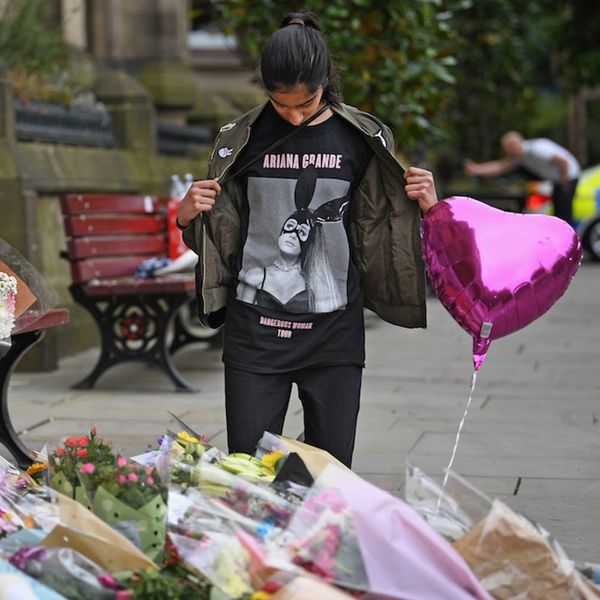 The terrorist attack at Ariana Grande’s concert in Manchester has left the world reeling. While the emergence of some heroes in the ordeal is helping to shine some hope on the situation, the 22 victims — many of whom are young women and girls — have now been identified, and the UK terror threat level is currently at critical as British troops increase patrol and eight people are now in custody as a result of the investigation.

Grande is back home in Florida for the time being, her tour on hold until June 5. But many artists have decided that the show must go on: On the day after the attack, Canadian indie rock group Broken Social Scene opened their Manchester show with their song “Anthems for a Seventeen Year Old Girl,” and this weekend, Katy Perry, Lorde, Kings of Leon, and lots more will play BBC Radio 1’s Big Weekend festival as planned in Hull, England. Additional security measures will be in place, with a rep telling Page Six that concertgoers will undergo two rounds of thorough searches before being allowed in.

It’s something concertgoers should get used to in the immediate aftermath of the tragedy, as venues around the world will be doing the same. London’s O2 arena (where Grande was scheduled to perform this week) told music fans planning on attending shows there in the near future to “Please head down early and pack light as we only accept small bags into the area.”

The Sasquatch Music Festival, happening May 26-28 in George, Washington, alerted attendees in a now-deleted Facebook post of similar protocol, part of an overall security increase by concert producer Live Nation. The promoter’s website outlines the enhanced security measures for its events, including a ban on bags and backpacks (only small purses will be allowed), as well as a suggestion to take notice of a venue’s layout and your surroundings and to report any suspicious activity.

In Toronto, the Weeknd is scheduled to play back-t0-back hometown shows on May 26 and 27, and extra security will be in place there, as well. A spokesman for the venue’s owner told the Calgary Herald that despite no reason to believe there is a heightened threat level in the city, extra security would be on the grounds, but declined to provide more details.

the wish of terrorism is to take away that feeling of freedom and joy. No. That is my answer. No. We cant allow it. Fear cannot rule the day

While it may (understandably) be a while before people feel at ease attending large-scale concerts again, the response of venues and promoters to enhance security while largely sticking to scheduled shows is important. Grande’s manager Scooter Braun said it best in a series of tweets — “Fear cannot rule the day.”

Are you still going to attend concerts as planned? Let us know @BritandCo.