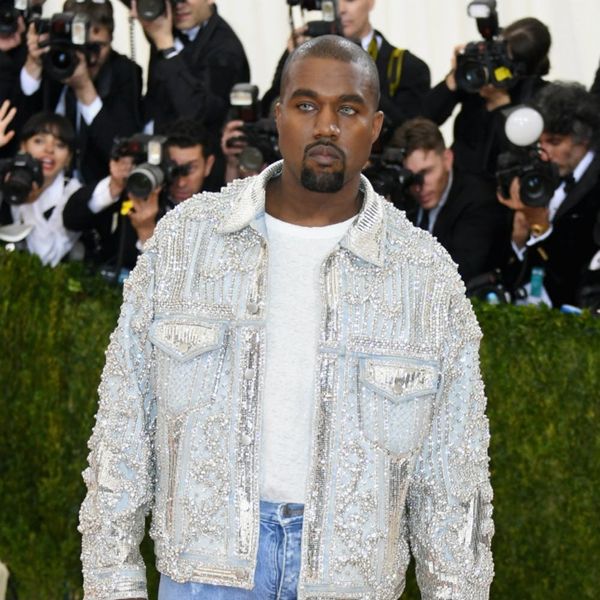 If there’s one thing we’ve gotten used to over the last four years, it’s all the looks that Kimye have given us on the Met Gala red carpet. Kimye’s first Gala appearance was back when she was pregnant with North (a look many people did not like), but last year, Vogue named the pair best dressed of the night for their matching Balmain silver robot-inspired outfits. After all the highs and lows, we were expecting another year of Kimye at the MET, but it is not to be. Kanye is actually staying home in LA this year while Kim flies solo, and he’s doing so to spend more time with his kids.

According to People Magazine, West won’t be walking the red carpet with his wife and the other KarJenners in attendance because he’s continuing to keep a low profile since his hospitalization last November. Further, he’s decided to stay back in LA with North and Saint so that their mom can film some scenes for her upcoming role inOceans Eight.

A source close to the family says, “everything is great with him and Kim and he’s supportive of her going solo,” while adding that Kim will be wearing Vivienne Westwood at the event. This year’s theme is Rei Kawakubo/Comme de Garçon: Art of the In-Between, which should provide a lot of pretty interesting looks, considering the structured pieces Katy Perry wore for her recent Vogue cover story.

@KatyPerry in COMME des GARÇONS for @VogueMagazine May Issue, in honor of the upcoming @MetMuseum exhibition. Styled by @therealgracecoddington, and photographed by @mertalas and @macpiggott #MetKawakubo #CostumeInstitute #MetGala hair by @juliendys

Will you be following along with the MET Gala red carpet? Tell us @BritandCo!

Kat Armstrong
Kat has been a writer, social media maven and mom for longer than she's willing to admit. She's also spent time in front of and behind the camera, interviewing celebs, politicians and acting as a producer for fashion and artistic photography shoots. When she isn't writing for various orgs and publications, she's hanging with her kids, husband and French Bulldog, Peter, in Toronto, Canada.
Red Carpet
Celebrity News
Red Carpet