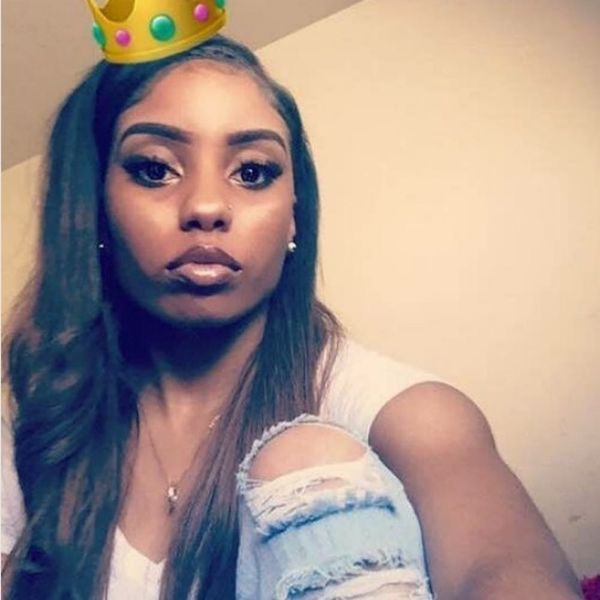 Over the weekend, 18-year-old aspiring rapper Nia Wilson and her sister Lahtifa were traveling on the Bay Area Rapid Transit (BART) system with another family member. They were waiting at a stop in Oakland, California when a 27-year-old convict named John Lee Cowell approached and stabbed the sisters. Nia was pronounced dead at the scene, and it took police over 24 hours to arrest Cowell.

In the wake of Wilson’s death and Cowell’s unprovoked attack, protests have sprung up in California and gained traction across the US with citizens demanding answers to what many are calling a racially motivated attack and lack of effective policing that would protect marginalized — including racialized — communities, making Wilson an emblem for anti-violence and racial disparity when it comes to violent crimes against Black Americans.

Beyond the headlines, media outlets in California have presented Wilson in ways that attempt to criminalize her, presenting a photo from her social media that shows the young woman holding what could be mistaken for a gun (KTVU Fox 2 in California specifically issued a public apology for their use of Wilson’s social media posts), while not fully reporting on Cowell’s violent past. Many have pointed out the double standard in reporting this crime, with Twitter users calling out the media for trying to “justify” why she may have been stabbed by Cowell.

Although Oakland police and BART representatives insist that they did all they could within their capabilities to capture Cowell, research indicates that Black Americans are simultaneously over policed and under-policed, depending on whether they are perceived to be the perpetrators or victims of crime.

In an in-depth report, The Washington Post noted that the majority of unsolved murders in the US (63 percent) were ones where the victims were Black. Combine that with higher arrest rates in Black communities (for any crimes), and many Black Americans have a deep distrust of policing in general — which is, in part, why Wilson’s murder has become such a rallying cry.

Although BART had closed-circuit cameras and was able to ascertain Cowell’s movements within the system, protesters were angry because he wasn’t immediately caught. At one of the demonstrations, a family friend of the Wilsons told reporters that both police and the transit system were failing Black people.

“I feel that the community has failed people of color for one. I feel that BART has failed us from the beginning with Oscar Grant,” Jinina Knox told a local news station, recalling the murder of another Black community member on BART (and the basis of the Ryan Coogler and Michael B. Jordan film Fruitvale Station) in 2009. “How do we let a man get on BART, slit a woman’s throat, stab her to death, and walk off through our community and no stopping him?”

Cowell was arrested peacefully at a different BART station on Monday, with police telling the media that they cannot confirm whether or not the attack was racially motivated, although anti-racist advocates believe otherwise. Part of the problem in calling this a hate crime is that it is very difficult to prove racial bias in a crime unless the perpetrator has clearly shared their hatred of a specific race via social media or in other easily accessible ways.

“Although investigators currently have no evidence to conclude that this tragedy was racially motivated or that the suspect was affiliated with any hate groups, the fact that his victims were both young African American women stirs deep pain and palpable fear in all of us who acknowledge the reality that our country still suffers from a tragic and deeply racist history,” said Oakland’s mayor, Libby Schaaf in a statement.

Wilson’s death on BART was the third death in five days on the transit system, starting last Wednesday when a 51-year-old man was assaulted at the Pleasant Hill Station in Walnut Creek. Although he was cleared after being looked at by doctors, the man died overnight on Friday. The day before Wilson’s murder, a 47-year-old man died from injuries after being found at a different station.

Kat Armstrong
Kat has been a writer, social media maven and mom for longer than she's willing to admit. She's also spent time in front of and behind the camera, interviewing celebs, politicians and acting as a producer for fashion and artistic photography shoots. When she isn't writing for various orgs and publications, she's hanging with her kids, husband and French Bulldog, Peter, in Toronto, Canada.
Controversy
Current Events
Controversy Inclusivity
More From Current Events