How to Be Single: The Case for More Single Bossladies on TV 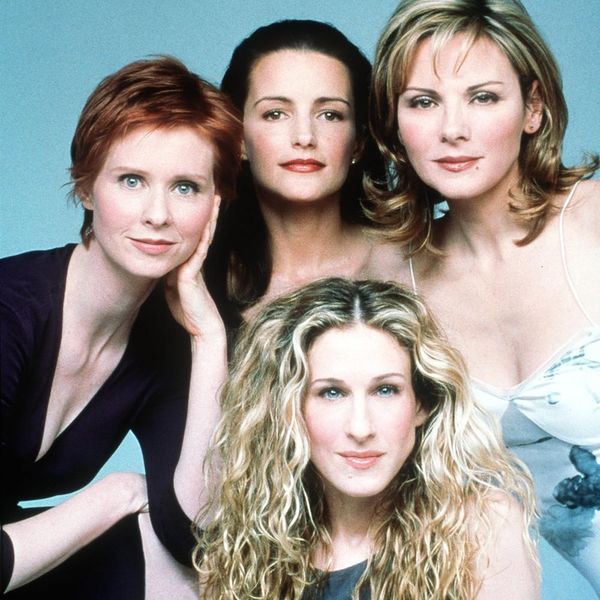 When Sex and the City premiered back in 1999, it was super controversial. Yes, it revolved around four women, and yes, it focused heavily on their sex lives, but the kicker was this: All four characters were single. And that was the point.

Of course, they weren’t exactly pioneers. In the ’70s, Mary Tyler Moore starred as Mary Richards in a show that shared her name, while Valerie Harper’s turn as Mary’s perpetually single friend Rhoda saw just as many bad dates and single adventures (before getting married and eventually divorced). In the ’80s, Candice Bergen’s role as Murphy Brown helped evolve pop culture’s reception of single career women, while the Golden Girls proved casual sex and dating do not discriminate based on age.

But the fact that we can still count the number of single heroines (or series starring them) on two hands from the 1970s until the 2000s proves we have a long way to go. Especially since (spoiler alert) Sex and the City ended with all four characters getting married or paired off, which sent the message that partnership is and should be the end game. Even though we know that isn’t true.

We can’t entirely blame pop culture for the incessant need to pair off fictional women… especially since most of us (whether single or not) have been on the receiving end of matchmaking offers and assurances that we’ll “find someone,” regardless of how happy we may be without a partner. But we also know that pop culture influences us all, and when particular lifestyles are depicted on TV or in movies, they’re likely to be more geared towards those not living the single life. In the 2000s there was Carrie, Samantha, Miranda and Charlotte, but now in 2016 we need more strong single ladies.

There’s been progress, don’t get us wrong. Where the aim of Sex and the City was to navigate the ins and outs of dating culture, single TV characters today are focused less on dating (or if they are dating, it’s casual and only part of their story) and almost entirely on their jobs. Marvel’s Jessica Jones is the spokesperson for fierce independence, and only lets people close to her who are worthy (like her best friend… and/or Luke, who she may or may not end up with). Agent Peggy Carter (another Marvel character) is focused on saving the world, while Amy Brookheimer and Selena Meyer of Veep date casually, but let everybody know their priorities are still professional.

Add to this Annalise Keating of How to Get Away With Murder (who sleeps with and falls in love with who she wants to, but still lives and breathes her career as an attorney), Abbi and Ilana of Broad City (who put dating and sex below what really matters: their friendship), and Rosa or Gina from Brooklyn Nine-Nine (who we know have boyfriends sometimes), and the cultural landscape is far more populated by fictional single women than it was years ago.

This is important. Not only because this represents our evolving relationship with relationships, but because it’s helping establish single women as a norm. To be single doesn’t mean your life is dictated by blind dates or monologues dedicated to finding the one. In real life, women are single and happy and going out and dating or not, and they’re completely content with living their own lives their own way. Being single is not a tragedy. It is not sad or weird or pathetic or part of an unfinished story. It’s 2016, and being single is simply an option. It is not a character trait; it’s one small part of a complex person’s story.

So that’s why we need to see even more single women. Watching career-focused characters prioritize their professional lives over their personal ones is a step, but “work before dating” can’t be the only explanation for one’s choice not to date. In this week’s newest release, How To Be Single, we see a young woman take up the single lifestyle alongside her coworker, who helps her see how much fun life can be without a longterm boyfriend. (yes, sometimes you can be single just because it’s fun.) But this shouldn’t be reserved to just one movie. In 2016, partnership is one option, not the option, which means we should have countless single avenues through which to walk, especially since we show no fear in assigning interesting stories to single men.

They deserve a break, anyway. (They’re always so angsty.)

Who are your fave single characters? Don’t be a stranger: Tell us @britandco!