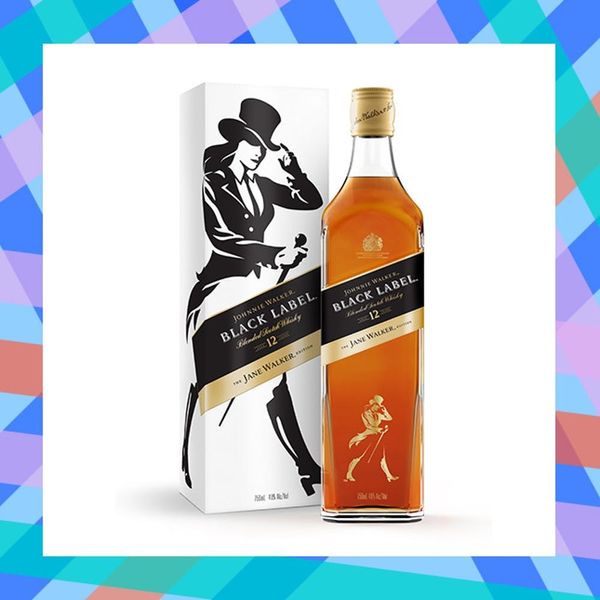 Johnnie Walker, arguably one of the most recognizable names in whiskey, is giving credit where it’s due by putting a woman on the label via its Black Label Jane Walker Edition ($34) bottles this March, because us ladies like a jigger of the good stuff, too. Much like the original Johnnie Walker label, Jane Walker is donning a top hat and riding gear. The brand’s press release says that this icon symbolizes its “progress” and “moving forward” in the spirits industry, just in time to coincide with Women’s History Month and International Women’s Day.

In case the design and statement isn’t reason enough to order a bottle (or five), there’s a charitable component: for every bottle sold, the brand will donate $1 to various women’s charities and causes.

For more news that makes you flex your arm like Rosie the Riveter, visit us on Facebook.