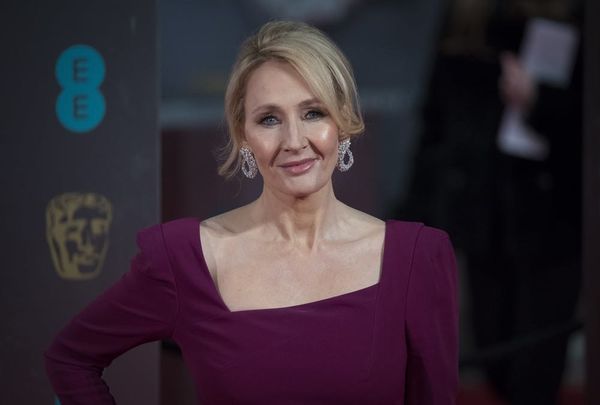 J.K. Rowling is coming clean. The Harry Potter author admitted that she took some extreme measures to make sure readers knew how to pronounce Hermione’s name properly, confirming a fan theory about one of her books.

In Goblet of Fire, the fourth book in the Harry Potter series, there’s a passage in which Hermione teaches Krum to say her name properly. He would refer to her as “Hermy-own,” and she would respond by phonetically sounding it out for him: “Her-my-oh-nee.”

The lesson came in handy for readers, too, and a fan suggested on Twitter that the passage was included in the fourth novel not just for the story, but for their own use (and Rowling’s own clarification).

“Theory: @jk_rowling included that passage on how to pronounce Hermione’s name in Goblet of Fire just to school all of us who were saying HER-MY-OWN like Viktor Krum,” one Twitter user said. Two days later, Rowling herself chimed in to confirm, saying simply, “Theory correct.”

The replies were full of people admitting all the different ways they had been pronouncing the name until the Goblet of Fire explainer, including “Her-me-own” and “Her-Moyne.”

Just this week, supermodel Chrissy Teigen revealed to the world that everyone has been pronouncing her name incorrectly. (It’s Tie-gen, not Tee-gen.) She said at the Emmys that she’ll continue to go by Tee-gen since that’s what everyone already knows, but maybe her admission will serve as its own Rowling passage of sorts.

Did you pronounce Hermione’s name correctly? Let us know @BritandCo.