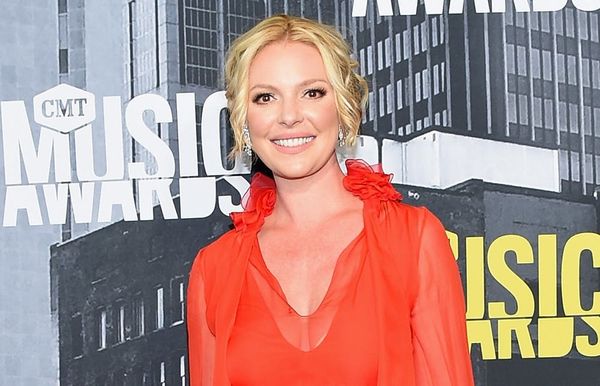 Katherine Heigl has been known to get personal on social media, and she did so again on her 40th birthday, when she took to Instagram to share her outlook on aging.

“Well…I am officially 40 years old,” Heigl captioned a series of photos of herself and husband Josh Kelley alongside some celebratory decorations on Sunday, November 25. “I know you’re going think I’m full of it but the truth is…I’m pretty damn thrilled to be 40.”

Heigl then shared some words of wisdom from her mother about the aging process, saying that “getting older is better than the alternative.” She also reflected on the ways she has decided to let the aging process be empowering, instead of discouraging — especially as a woman.

“I know there’s a certain stigma attached to 40,” the Suits star wrote. “I’ve had plenty of well-meaning acquaintances and even strangers tell me not to worry, I still look great. Or ‘soon you’ll be 50 and then you’ll really feel old.’ Or ‘youth is so fleeting, isn’t it.’ I guess I kind of feel like it’s all about your frame of mind. And I’ve made up my mind not to let a number determine how I feel about the way I look. Or what my value as a woman in society is. I’ve decided I will let the number and every one after it determine the strides I make, the enlightenment I seek, the compassion I show, the beauty I radiate from within that grows and expands with life experience.”

Instead of feeling the need to “hide” her age, the mother of three said she’s embracing the freedom from self doubt and insecurity her age has given her, and instead will celebrate all the ways it has made her better.

“I’m a stronger, better, more grounded and courageous woman today and I will do my best to continue to grow so I can say the same thing at 50, 60, 70 and beyond,” she wrote. She concluded her inspiring post by encouraging her followers to make “every year of your life matter as best you can.”

What did you think of Katherine Heigl’s words of wisdom? Let us know @BritandCo!