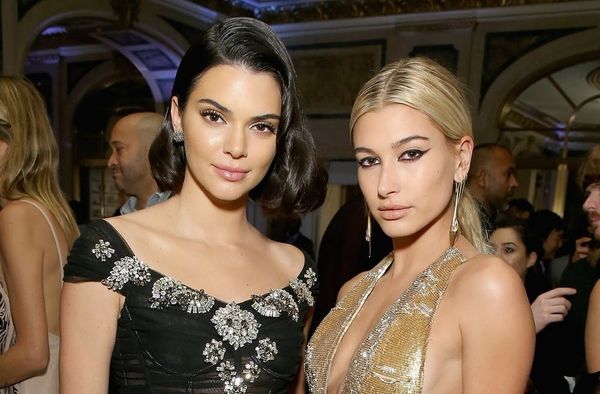 Kendall Jenner has publicly supported BFF Hailey Baldwin in her relationship with Justin Bieber, but it turns out the love might not be totally mutual. In a new trailer for Apple Music’s Carpool Karaoke series, Baldwin and Jenner are seen turning off the tunes for a minute to instead partake in lie detector tests.

Jenner starts the questioning, first asking Baldwin if she likes the way her hair is styled in a ponytail. Baldwin says she does, the man administering the test from the back seat confirms that her answer is true, and Jenner answers with, “Cute!”

Baldwin’s turn to ask a question is next, and she gets to the good stuff immediately: “Have you ever created a fake Instagram to look at what your ex-boyfriend is doing?” Jenner immediately starts laughing as she replies, “You know the answer to this! Yes!”

Then the truth about Bieber comes out. Jenner uses her turn to ask her friend, “Does Justin think I’m cool?”

Baldwin waits a slight beat before answering, “Of course!” But the lie detector test administrator says her answer is a lie as the girls scream with laughter.

Baldwin and Bieber got engaged in July, at which time Jenner said on The Tonight Show Starring Jimmy Fallon that she was happy for both of her longtime friends. “Whatever makes them happy, I’m happy,” she said. “I’ve been friends with both of them for a very long time, so everyone’s happy and it makes me happy. There’s a lot of love going on.”

What do you think of the lie detector question about Bieber? Let us know @BritandCo!