Bridesmaids: The Sequel?! Get Excited for This Kristen Wiig Movie News 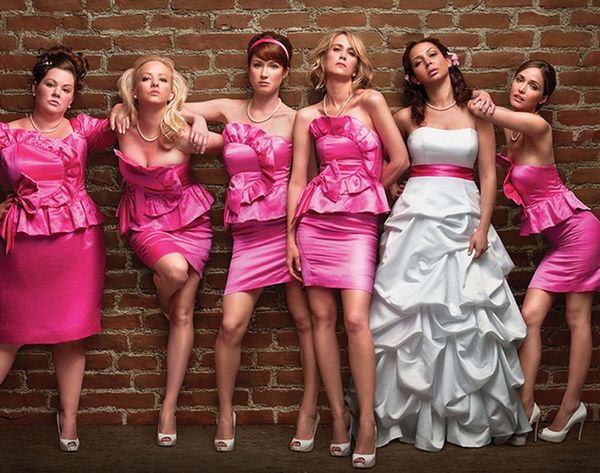 We don’t know about you all, but we’re having a suuuuper funny Thursday over here at Brit HQ. First it was Anna Kendrick making us laugh over our morning cup of cold brew and now we have some news on our other comedy spirit animal, Kristen Wiig. In other words, it’s Christmas. The Bridesmaids star is working on a new movie, and the deets make us excited for what, in a lot of ways, will be a follow up to her 2011 hit that we know we’re still quoting. Like… every day.

The New York Timesreports today that Kristen Wiig and Annie Mumolo are teaming up for another movie, which means the powerhouse screenwriters of Bridesmaids are joining forces again, which means we have some LOLz in our future, people!! Kristen and Annie (Annie, btw, was the nervous passenger on the plane in the above picture. You know you can quote the entire scene, admit it, Stove!) are set to write, produce and star in the upcoming flick, while Wiig will make her directorial debut. In a joint statement, K + A said: “We’re very excited to be writing. We will be going into a cave for months to finish. An actual cave. We found one that’s nice and big. We’re putting a couch in there.” We’ll have to get the address to the cave so we can send that couch some nice pillows. Or a kitten. On her debut as director, Kristen added: “I’ve been wanting to direct for some time now. This seems like the perfect first project.”

The only thing we know about the movie so far is that it will A) be a hit B) be a comedy and C) the plot involves “two best friends who find themselves in over their heads and out of their depths” in a town called Vista Del Mar.

There’s no release date yet, but a girl can dream can’t she?! Hmm, in over their heads, out of their depths, Vista Del Mar… sounds beachy to us. Maybe Kristen and Annie are dolphin trainers, or cruise ship co-captains. Maybe they’ll take another stab at the cop comedy format, following Sandra Bullock and Melissa McCarthy’s not-as-funny-as-it-should-have-been The Heat. WE DON’T KNOW, but we’re dying to find out so stay tuned for updates. Help us, we’re poor… when it comes to choices at the box office. Yay for having Kristen back in the spotlight/director’s chair/writer’s room. Can we add a female media mogul to the next women-in-awesome-enviable-role minifigure manufacturing, LEGO?

What do you want Kristen Wiig’s new movie to be about? Share your screenplay ideas below! We’ll totally send them to Kristen and Annie ;)