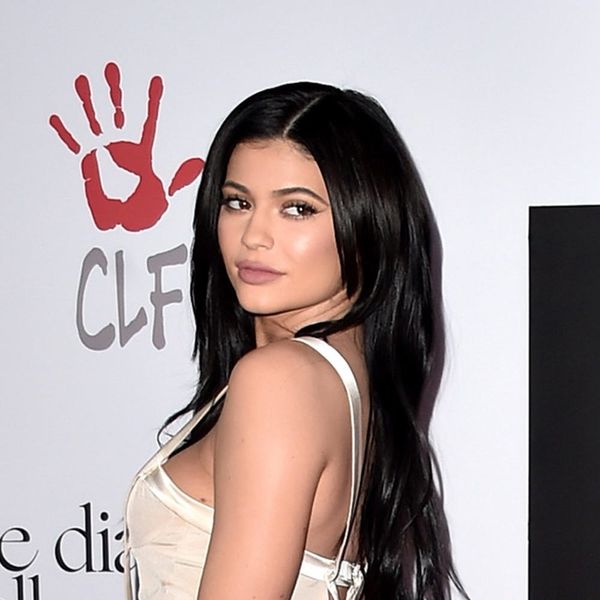 It’s been a big week for Kylie Jenner IRL and on Snapchat, you guys. First, she made up half of an epic secret sister handshake with big sis Kendall, which made us all want our own, signature shake with our bestie — this Snapchat was one that def deserved at least two replays. Later in the week, she told us via a blog post that she has plans in 2016 to release more Lip Kit shades because it has been super successful (read: instantly sold out). Last night, though, she gave us even more of a peek into what else we can look forward to with her Lip Kits this year — but the way she shared this info with us was pretty sneaky.

In the series of Snapchats Kylie posted last night, she shows a slew of future Lip Kit shade swatches on her hand, but she used the black and white filter so we can’t really tell what colors they are.

It does look like there will be a wider variety of shades from her Lip Kits in 2016. Based on the swatches, our hunch is you can expect some deeper reds, mayyyybe a black or dark purple and some lighter hues like pinks and mauves to balance it out. We’ll have to wait and see what these crypitc swatches translate to IRL, though. Stay tuned, y’all!

Tweet us @britandco with what shades you’re hoping Kylie’s Lip Kits feature in 2016!

Beth Wischnia
You can typically find this Texan writing, trying on a new lipstick, gabbing with her identical twin sister or volunteering at the local animal shelter. She finds inspiration from rosé, beauty products, Tex-Mex and cats.
Lipstick
Beauty News
Lipstick
More From Beauty News