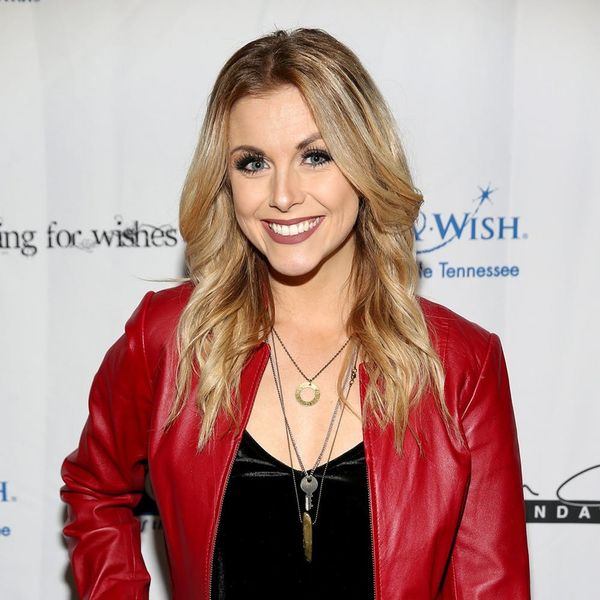 As a born and bred Texan, I am utterly addicted to country music. I’m proud to admit that I was a child raised on George Strait and Garth Brooks. I also always did a double take when I found a *female* country music artist who broke through this male-dominated industry. I had a total girl crush on Shania Twain in the ’90s and in more recent years, have been all about Carrie Underwood… because really, who isn’t!?

You can imagine, then, how excited I was when I first laid eyes (and ears) on Lindsay Ell. It was nearly three years ago when I first heard her music. All it took was listening to one song of her shredding the guitar and I knew she would be a very big deal. We even invited her to speak at Re:Make, our annual Brit + Co conference and festival event, because I wanted the B+C audience to check her out before the rest of the world. (Some pics of her below!)

Turns out, my intuition was right. Since I was initially introduced to Lindsay, her career has totally taken off. Her debut country EP, Worth the Wait, hit the top of country charts, she recently made her late-night debut on Jimmy Kimmel Live!, and she’s toured with acts like The Band Perry, Luke Bryan, Keith Urban, Eric Paslay, Kip Moore, Jennifer Nettles, Brandy Clark, and Buddy Guy (who compared her to a young Bonnie Raitt, FYI!). Also, she’s currently on the road with Brad Paisley *swoon* — tour info HERE.

The lead single off her debut full-length album, produced by GRAMMY-winner Kristian Bush of Sugarland (OMG!), The Project (out August 11th), called “Waiting On You” is topping the charts. The Project showcases Lindsay’s multi-instrumental dexterity, vocal prowess and gives listeners a front row seat to a deeply personal narrative. Girl has TALENT!

Fun fact: Lindsay learned how to originally play the guitar while traveling to country-bluegrass camps with her father as a little girl. (How much do you love that?!)

Lindsay’s talent goes beyond her raspy, bluesy voice. One of the things that impresses me the most about her musical prowess is that she plays all the lead guitar parts on her studio recordings, something that is very rare in the country world. On top of that, she’s also a multi-instrumentalist, meaning she plays the guitar, piano, fiddle, and violin. Ummm… I can barely even play the recorder.

But it doesn’t stop there. A lady after my own heart, Lindsay is also an artist. Like, not just a music artist… a real artist! She loves to get creative outside of singing, songwriting and playing instruments by using her guitars as canvases for gorgeous artwork. HOW OBSESSED ARE YOU?!

The guitar I painted for #JustAnotherGirl.... A song I wrote with @shanemcanally & @joshosbornesongwriter. 🎸🎨👩‍🎨 Pre-order #TheProject now. (Link in bio)

Seriously, Lindsay Ell is the real deal. I was right two years ago, and I’m positive that I’m right now when I say that this woman is going to be one of the biggest female country music stars of our generation. Check out her new album The Project and get on the bandwagon before it’s too late.

Do you have a favorite Lindsay Ell song? Let me know which tune you turn to to kickstart your creativity on Twitter, @brit.