8 Lucky Foods to Eat During the Lunar New Year 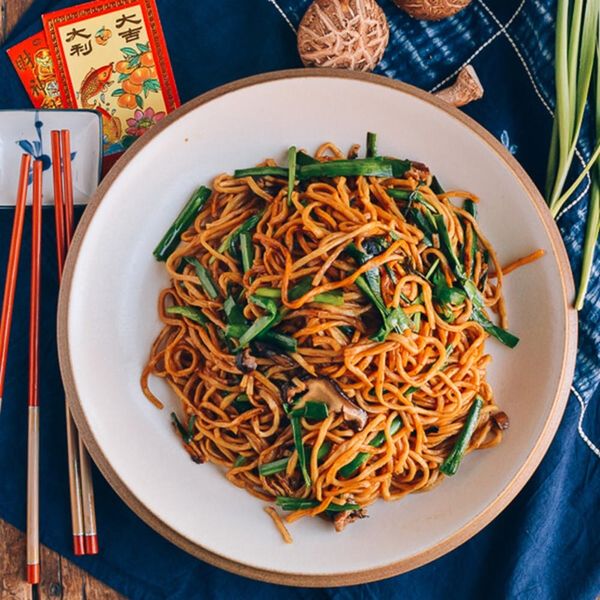 While in America we may toast to the new year with Champagne and eat black-eyed peas for good luck, those who celebrate the Lunar New Year have a host of food traditions that symbolize wealth, health, and family unity. At a Lunar New Year celebration dinner at Hakkasan in San Francisco hosted by Tiger Beer, we learned about the eight items that have been served each year on the Lunar Near Year for centuries. Why eight? In Chinese, the number eight (huat), translates to “get wealthy.”

1. Dumplings: Steamed dumplings are shaped like the ancient Chinese gold currency, called ingot, and represent wealth. According to legend, the number of dumplings you eat during the new year corresponds to the amount of money you’ll make that year. That’s reason enough to eat an extra dumpling (or five). (via China Sichuan Food)

2. Whole Steamed Fish:Yu means both fish and prosperity in Chinese. Dining on a whole fish during the Lunar New Year embodies family unity. (via The Woks of Life)

3. Longevity Noodles: Here’s your reason to slurp noodles and not break them — the longer the noodles, the longer the life of the person who consumes them, legend has it. If you can, splurge on Longevity Noodles, a large portion of noodles that contains just one long strand that is not cut, which is why it tends to be on the pricier side. (via Woks of Life)

5. Garlic: The word for garlic in Chinese is suan, which translates to “counting.” Tradition has it that those who celebrate the Lunar New Year eat lots of garlic to count all of the money they will make in the new year. It’s found in almost every dish, including stir-fried prawns. (via Dumpling Sisters)

6. Red Foods: Red is the prominent color used in the Lunar New Year and is found in the decor, food, and most notably, the red envelopes filled with money gifted to loved ones during this time. The color red is associated with good luck, fortune, and joy. A table during the Lunar New Year will be filled with red foods like crab, peking duck, shrimp, barbecue pork, and more. (via The Woks of Life)

8. Mandarin Oranges: The official fruit of the new year, mandarin oranges, ju in Chinese, sounds like the word for lucky, ji. They are abundantly gifted throughout the New Year celebration. (Photo via Flicker user garysoup)

If you want to learn more about the foods eaten around the world, check out Brit + Co’s recipes on Pinterest.