Ladies, This Study About Man Buns Might Surprise You 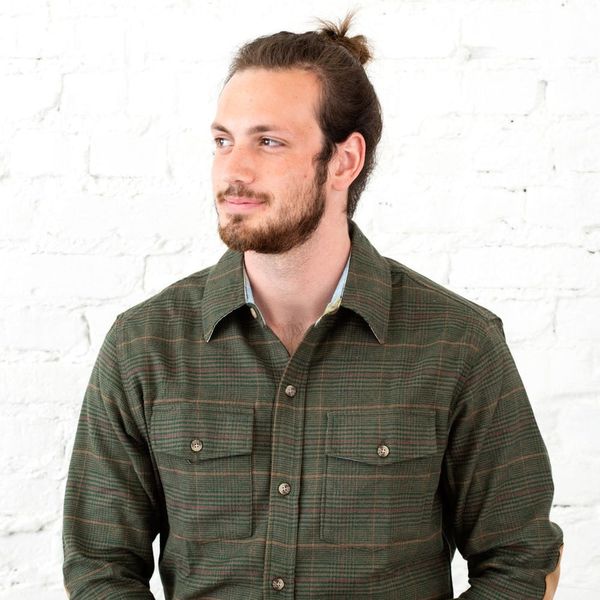 If you’ve developed a strong distaste for the man bun while you watch your friends tweet about it and share BuzzFeed roundups of it, you can take comfort in knowing you’re not alone. It looks as though the current male hair trend is actually to ladies what high-waisted pants are to dudes. A new survey sponsored by West Coast Shaving recently conducted a very thorough report on male grooming trends over the past 10 years. They also interviewed 1,000 ladies to get their opinion on them. The main takeaway? Ladies are really not a fan of the currently favored hairstyle.

The survey, titled “Mansome Maps,” used Google Trends data to weigh in on the popularity of things like beards, man buns, mustaches and men’s style in general. The infographic reveals both beards and man buns have seen a dramatic increase in buzz since last year. While beards have achieved more of a gradual incline, the man bun’s popularity received an almost vertical spike since the start of 2015.

Surprisingly, the states where man buns are most prevalent are not where there are major urban areas like NY or SF, but in Oklahoma and Utah. West Coast Shaving listed Kentucky, Arkansas, West Virginia and Oklahoma as the top states for bearded dudes. It looks like if you’re into the whole lumbersexual vibe, a trip to Oklahoma might be in order.

Now, onto what the ladies had to say about all this. When asked if they liked beards 51% of them said yes. 79% of them even said they’d date a beaded fella. However, they weren’t so kind to men with man buns. 35% of women said they disliked the style and over a quarter of the surveyed ladies admitted to downright hating it. And when asked if they’d date a dude with a man bun, over half said they would not. Ouch.

But remember this is all in good fun. Just like we don’t like it when dudes think it’s cool to tell us what to wear or not wear, we’re by not means saying every male should chop off their bun in favor of a more standard cut. If you’re a grown man and a top knot feels best, then a top knot it is. Just be forewarned that the ladies might not be so into it – unless you’re in Oklahoma.

**To check out the survey in its entirety, click here.

What’s your opinion on man buns? Love them or hate them? Share with us in the comments below.

Cortney Clift
Cortney is the senior writer and special projects editor at Brit + Co. She typically covers topics related to women's issues, politics, and lifestyle. When she's not buried behind her computer you'll find her exploring New York City or planning her next big adventure.
Men's Style
Hair
Men's Style