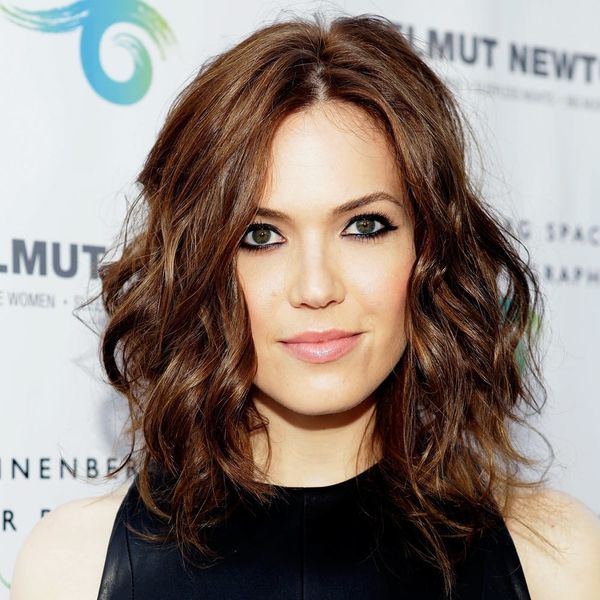 Of all the emojis, there’s none quite so fashionable as the dancing red lady (though the Lisa Frank emojis certainly gives her a run for her money) and This Is Us star Mandy Moore is here to prove it.

The newly engaged starlet was seen walking the red carpet at the SAG-AFTRA Foundation Patron of the Artists Awards in Beverly Hills while looking like the spitting image of the famous tech icon in a gorgeous tiered Johanna Ortiz crimson floral-print maxi gown ($2,950) that had her kicking up her heels — literally.

Imitation is the sincerest form of flattery?? 💃🏻💃🏻💃🏻 But seriously, this is the dreamiest dress, @johannaortizofficial.

“Imitation is the sincerest form of flattery?” she joked, adding in a few of the 💃 emojis of her own for emphasis. “But seriously, this is the dreamiest dress.”

She’s not the first star to pay homage to the virtual character: Hilary Duff was spotted in a similar style back in June with a fire-engine red tier-sleeved frock while on the set of Younger, and Jenna Dewan Tatum also pulled off her classic pose in a pretty emoji-esque getup all her own.

Who do you think pulled off the best dancing lady emoji? Share with us @BritandCo.

Nicole Briese
Nicole is the weekend editor for Brit + Co who loves bringing you all the latest buzz. When she's not busy typing away into the wee hours, you can usually find her canoodling with her fur babies, rooting around in a bookstore, or rocking out at a concert of some sort (Guns N' Roses forever!). Check out all her latest musings and past work at nicolebjean.com.
Celebrities
Celeb Style
Celebrities Celebrity Style Emoji
More From Celeb Style