Here’s the Secret to a Healthy Marriage, According to Mark Zuckerberg 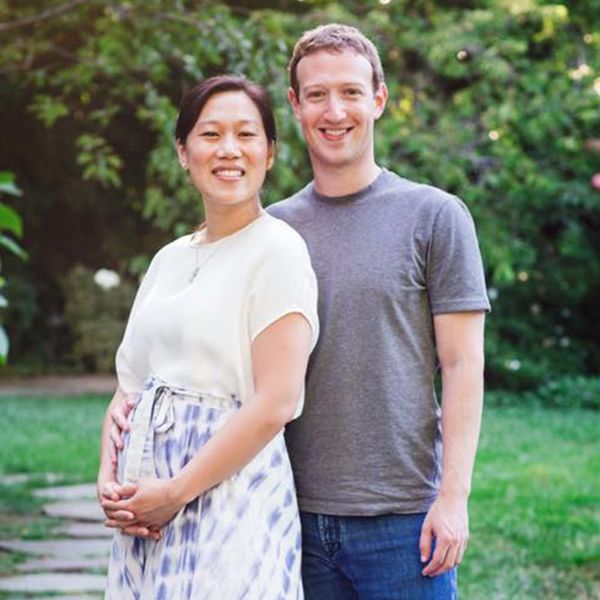 So-called “secrets to a successful marriage” abound. David Beckham and Posh Spice swear by the strength of their family unit. Long-married couples tout the benefits of fair fighting, love notes, and couples’ counseling. Recently, scientists said that leaving a marriage open can even lend itself to longevity in a relationship. At this point, we just might have heard it all.

In a super-connected world where we can seek out advice on love and marriage from basically anyone, though, why not look to the guy who helped make that super-connection possible in the first place? Enter Mark Zuckerberg, CEO of Facebook. When he’s not standing at the helm of one of the most significant companies of our generation (and, let’s be honest, that’s gotta be a pretty full-time job), he’s husband to Priscilla Chan, who he met 14 years ago at Harvard. This May, Zuckerberg gave the commencement speech at his alma mater, and he took the opportunity to make some swoon-worthy statements about his now-wife.

“My best memory from Harvard was meeting Priscilla,” he said during the speech. Zuckerberg and Chan first crossed paths at a party just after he’d launched the prank website Facemash. “Without Facemash, I wouldn’t have met Priscilla, and she’s the most important person in my life, so you could say it was the most important thing I built in my time here,” Zuckerberg continued.

If you’re wondering how the tech trailblazer and his college sweetheart were able to maintain those warm and fuzzy feels after Zuckerberg dropped out of Harvard to focus on Facebook in 2004 — and throughout the ensuing 13 years, as he built the famed social media platform — we have good news for you. We’re about to let you in on the secret… and it’s not complicated.

The key to Zuckerberg and Chan’s marriage is about as specific and numbers-focused as you would expect from a Harvard grad and her wildly successful CEO husband. When they started dating in college, Chan reportedly insisted on a relationship agreement, which required the pair to have a minimum of 100 minutes of alone time each week, as well as a weekly date night. The couple still sticks to those routines today.

If you’re feeling skeptical about the merits of setting a time minimum like this in your own relationship, you may want to reconsider, because the proof is in the pudding. Zuckerberg and Chan married in a surprise wedding in May 2012, nearly a decade after they met as Ivy Leaguers. They welcomed their first daughter Max in late 2015, and announced earlier this year that they are expecting a second child. Clearly, these two are doing something very right — and we like it, in the Facebook sense of the word.

What do you think of Mark Zuckerberg’s secret to a successful marriage? Tweet us @BritandCo!

Alli Hoff Kosik
Alli Hoff Kosik is a freelance writer who is passionate about reading, running, rainbow sprinkles, her lipstick collection, watching embarrassing reality TV, and drinking pink wine. She lives in Brooklyn with her husband and (in her dreams, at least) three golden retriever puppies. Listen to her talk books on The SSR Podcast.
marriage
Relationships
marriage Relationship Advice