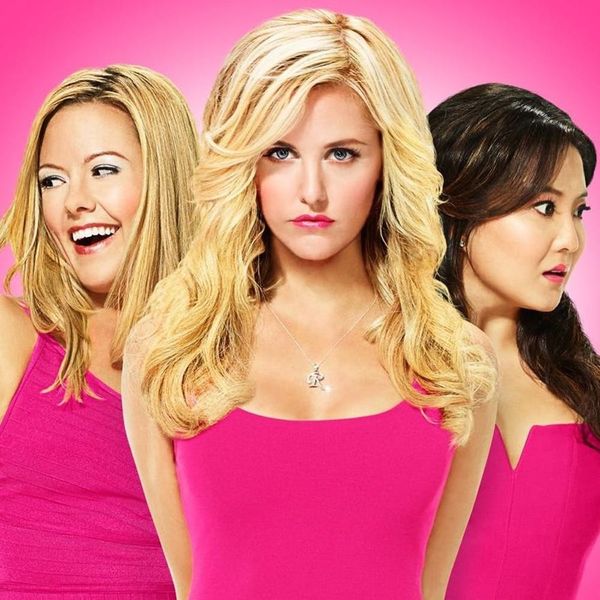 When Tina Fey dropped the news that she was creating a musical based on her classic teen comedy, Mean Girls, we didn’t know what to expect. While our faith in Fey is high, the cult film is SO iconic, it will definitely be difficult to top. Now, the first trailer, starring shiny new “plastics” Ashley Park, Kate Rockwell, and Taylor Louderman, has arrived, and TBH? We can’t WAIT to nab our tickets.

Opening with the ladies in matching millennial pink, Regina George (Louderman) compliments viewers on their hair color before BFF Gretchen Weiners (Park) immediately jumps in to invite them to sit with the Plastics. “We wanna invite you to see Mean Girls,” she says with Karen Smith (Rockwell) chiming in to add, “It’s a musical. People talk and sing and move their bodies, all at the same time.”

“They know what a musical is, Karen,” an irritated Regina snips.

From the looks of the things, the 2017 version of The Plastics seem to be filling their predecessors’ shoes to a tee, though there will be some updates to the original script: These high schoolers, for one, are 21st-century moguls, bringing the world of North Shore High School into the future with social sites such as Instagram and Snapchat.

How exciting is Tina Fey's big announcement? The limit does not exist. 💯 Learn more: https://t.co/IwCKTDXJuI pic.twitter.com/i8Euk2FdwH

Though New Yorkers have to wait until March of next year for the the show, the DC pre-Broadway run is starting in just six weeks — on October 31 — where they’ll be able to catch the cast singing and talking at the same time.

Will you be catching the Mean Girls musical? Tell us @BritandCo!

Kat Armstrong
Kat has been a writer, social media maven and mom for longer than she's willing to admit. She's also spent time in front of and behind the camera, interviewing celebs, politicians and acting as a producer for fashion and artistic photography shoots. When she isn't writing for various orgs and publications, she's hanging with her kids, husband and French Bulldog, Peter, in Toronto, Canada.
Movies
Pop Culture
Movies