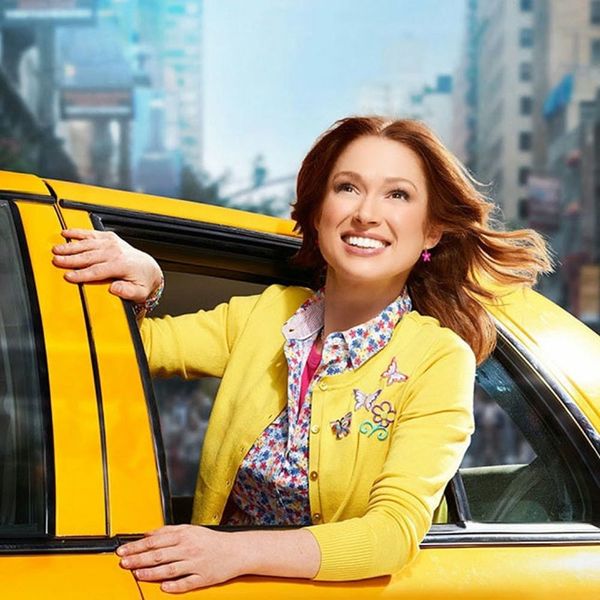 Can you believe it’s already March? Seems like just yesterday we were celebrating the beginning of 2015 and now here we are in the third month of the year. You know what else we can’t believe? Homemakers finally hits (digital + physical) bookshelves tomorrow. Celebrate with us, why don’t ya. When you aren’t busy flipping through the pages of the domestic handbook for the digital generation on your way to work and highlighting the projects to complete when you get home, we found a couple of other things to occupy your pre-cubicle time this week.

1. Netflix in March: This month is a huge one for the streaming site, and it’s gonna be a busy one for your smartphone or tablet on the train thanks to all the entertainment options. ICYMI (and didn’t watch over the weekend), season three of House of Cards was released Friday — so get your dirty politics on during your transit. Then this Friday comes the release of the Tina Fey-produced sitcom Unbreakable Kimmy Schmidt starring Ellie Kemper + the standup special Aziz Ansari Live at Madison Square Garden. While there are plenty of options to keep everyone entertained (comedy + thriller), all we really want is the return of OITNB.

2. “Shade Court”: In case Judge Judy isn’t your cup of tea, Jezebel has a weekly series that pits the week’s biggest pop culture moments against one another, where Judge Kara Brown resides and rules what true shade actually happened throughout the week. These proceedings will get you sucked in at the perfect time as the Queens of Shade return this week (that’s RuPaul’s Drag Race, FYI). Check out the very first “Shade Court” to get the full background here.

3. Gayle Forman, I Was Here: In case you haven’t read the other book by the If I Stay author, which was adapted into a film, now is the time. The novel is described as a suicide book that isn’t about suicide (sounds uplifting enough for a pre-work read ;) If this one doesn’t pique your interest, why not open one of the books on our March reads list? Or you could always just go with Homemakers. (Available on Kindle, NOOK + iBooks)

4. David Williams, “Men + Cats”: Because there are only so many dogs of Instagram you can look at on your commute. Now you don’t have to worry about being considered a crazy cat lady with dudes taking over the feline-loving world. It’s time to say, “Meow” + “Purr” on your way to the office.

5. Currently: If you’re a lover of all things happening in the world of news, pop culture and the personal lives of John Thrasher and Daryn Carp (who is Andy Cohen’s assistant FYI! Check out their fun web series, Ask Andy), you’ll be fully invested in this new weekly podcast. Released every Monday and packed with topics ranging from dating in NYC, the Zombie Cat and so much more, the show will have you anticipating its automatic download on a weekly basis. (Available on iTunes + Tumblr)

What are you going to be looking at to entertain you during your commute this week? Let us know in the comments.