Mindy Kaling Had the Most DIYable Accessory at the Emmys 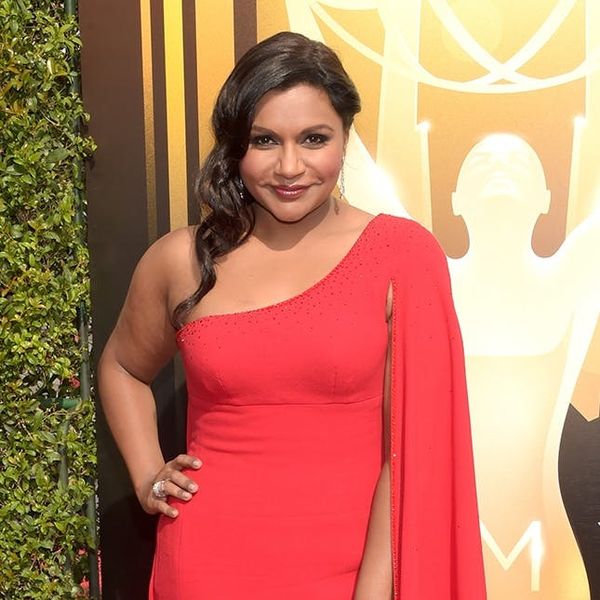 At the Emmys Sunday night, Mindy Kaling showed up rocking a clutch that caught our attention for another reason besides its glittery-gold appeal — it featured her name in script. Looks like Gigi Hadid isn’t the only one who loves showing off her name in style.

The Mindy Project star (who just released her second book) took to Instagram during the awards show to share a snap of her shiny monikered clutch and even made it shoppable by conveniently sharing who designed the cute piece. “Damn @edie_parker, my #Emmys clutch is hella on point. Thank you!!”

After scanning Edie Parker’s Instagram feed, we realized some of our other fave stars have been rocking the personalized pieces on red carpets all year long, like Rebel Wilson’s “Rebel, Rebel” accessory at the MTV VMAs and Alexa Chung’s “Alexa” clutch.

Don’t think you can splurge on your own Edie Parker original? Let the Mindy-fueled clutch inspo push you to make your own typographical pocketbook with this handy DIY. We know what we’ll be doing during commercial breaks during the Emmys ;)

What do you think about Mindy’s accessory? Do you want a clutch with your name on it? Let us know in the comments.