Miranda Kerr Is Expecting Another Baby With Evan Spiegel! 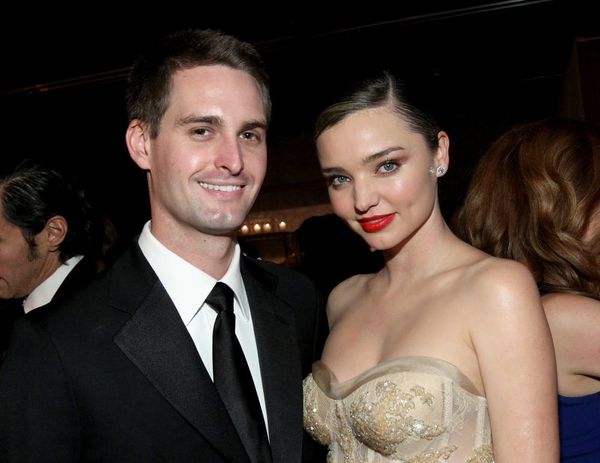 “Miranda, Evan, Flynn, and Hart are looking forward to welcoming the newest member to their family,” a rep for Kerr told People on Friday, March 29.

Kerr, who has her own skincare line called Kora Organics, married Snapchat founder Spiegel in an intimate ceremony in May 2017, after getting engaged 10 months earlier. Later that year, in a statement almost identical to the one given today, they announced that they were expecting a baby together. And in May 2018, just a few weeks shy of the couple’s first wedding anniversary, Kerr gave birth to a little boy.

“Words cannot explain how happy we are to welcome our beautiful son into our family,” the happy parents told People at the time. “Miranda is doing well and Flynn is excited to be a big brother. Thank you for the kind words and wishes during this very special time.”

Kerr later spoke with Marie Claire Australia about motherhood, her career, and the pressure to bounce back after pregnancy. “It’s really important as women that we’re gentle with ourselves and don’t feel like we have to snap back into shape after a baby,” she told the mag. “It’s okay, I’ve got a mum-bod and it’s fine! I don’t mind. It’s all part of it. I took nine months — well, 10 months — to grow a beautiful child and it might take 10 months to feel good in a swimsuit again. Or longer. Or never!”

The important thing, she said, was how she felt as a mom. “I’m always busy, but I’m balanced busy,” she shared. “I love being a mum, it’s the most rewarding thing.”