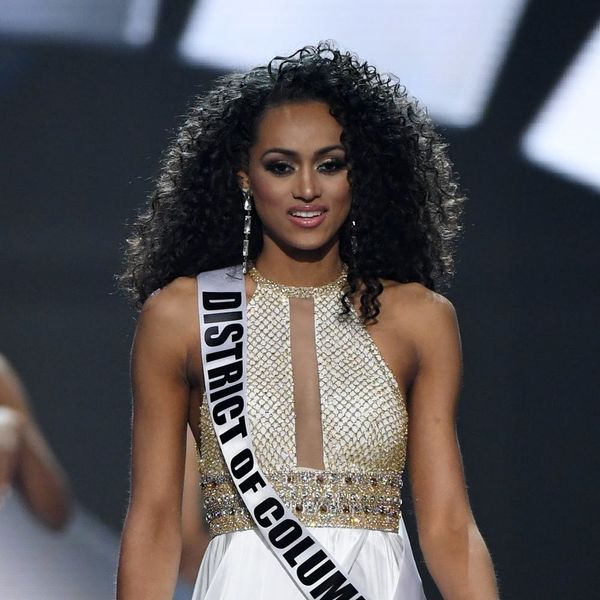 Last night, a new Miss USA was crowned, but it’s not Kára McCullough’s big win that had people buzzing. Instead, it was her answer to several of the questions given during the competition that had people up in arms. The Miss District of Columbia contestant, a scientist with the US Nuclear Regulatory Commission, refused to call herself a “feminist” onstage, sparking major backlash from the very fan base who would support her.

When asked if she considered herself a feminist, McCullough gave a flat-out no. “As a woman scientist in the government, I’d like to transpose the word ‘feminism’ to ‘equalism,'” she said. “I don’t really want to consider myself — try not to consider myself like this die-hard, you know, like, ‘Oh, I don’t really care about men.’ But one thing I’m gonna say, though, is women, we are just as equal as men when it comes to opportunity in the workplace.”

People were beyond upset with her suggestion that feminism equates to the dislike of men, or that feminism isn’t trying to achieve equality, and they took to Twitter to let her know it.

Huge fan of #MissUSA being a black woman and a scientist and advocate for science education, but dang she could use a class on social issues

Miss DC, feminism does not equal "I hate men." #MissUSA

Besides her comments about feminism, Miss USA also noted that she believed that health care is a privilege for people with jobs, which is why she doesn’t think that universal health care should work, sparking further backlash. “As a government employee, I am granted health care and I see firsthand that for one to have health care, you have to have jobs,” she quipped.

Do not take your political advice from this #MissUSA. Healthcare is a right, not a privilege. https://t.co/O7nnQw8IqV

The New Miss USA said that healthcare is a "privilege" and not a right. So….. pic.twitter.com/xxESJCd0nA

The winner has yet to address her comments further.

What do you think of Miss USA’s comments? Tell us @BritandCo!

Kat Armstrong
Kat has been a writer, social media maven and mom for longer than she's willing to admit. She's also spent time in front of and behind the camera, interviewing celebs, politicians and acting as a producer for fashion and artistic photography shoots. When she isn't writing for various orgs and publications, she's hanging with her kids, husband and French Bulldog, Peter, in Toronto, Canada.
Controversy
Celebrity News
Controversy science