7 VMAs Outfits That Prove Modest Can Still Be Super Sexy 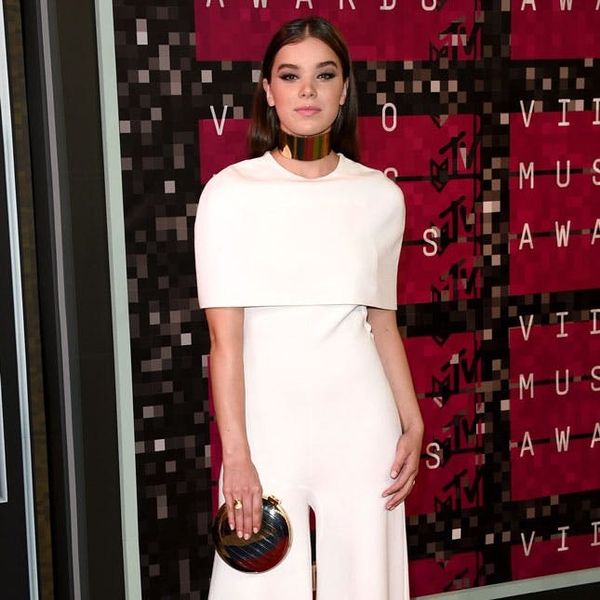 There are, generally, two very different schools of sexy style. One is the less-is-more mentality where tighter, shorter and sheerer are better as seen on the majority of outfits at last night’s MTV VMAs where flashing pelvage was as commonplace as baring your elbows. Then, there’s the more subtle approach, which centers on how you wear the clothes, even when they’re not as scandalous as, say, any of the 16 outfits Miley Cyrus wore to host the show. Among the sea of nearly-naked dresses, there actually was a good showing for the later kind of sexy on last night’s red carpet. Here, we’re taking a look at the set of starlets who didn’t give in to the VMA’s famous #breaktheinternet spin on red carpet style for outfits that were way more covered up, but still are pretty danm hot.

1. Hailee Steinfeld: The actress and “Bad Blood” cast member proved more than anyone last night that you don’t need all the bells and whistles (and cutouts) to make a red carpet statement. In a sculptural, all-white ensemble with sleek metallic pops throughout, Hailee gave off major #Girlboss vibes. (Photo via Jason Merritt/Getty)

2. Kim Kardashian: We’re used to seeing Kim in second skin silhouettes — baby bump or no — so her decision to dress in a looser(ish)-fitting frock really felt like a breath of fresh air. The lace-up front and curve-clinging silhouette kept this floor-length number feeling frisky, two details balanced out by the luxe satin finish and deep olive hue. (Photo via Larry Busacca/Getty)

3. Selena Gomez: It’s near-impossible to make out the details in Selena Gomez’s first dress of the night (a reason that may have contributed to the costume change), but the strip of leather trim along the neckline didn’t make it totally unforgettable. Consider this a style lesson for choosing a non-boring LBD for fall. (Photo via Larry Busacca/Getty)

4. Ciara: Ciara might have found the sexiest way to cover up: a full fringe cape that could help you make your slinkiest romper ready for fall. (Photo via Frazer Harrison/Getty)

5. Emily Ratajkowski: The We Are Your Friends star shares a clever way to style a thigh-high slit without showing off too much thigh: slip on a pair of above-the-knee boots and downplay both slinky pieces like that. (Photo via Frazer Harrison/Getty)

6. Kelly Osbourne: The pre-show host just made a case for wearing pinstripes out of the office… and pajamas out of the bedroom. At the same time. And all while feeling cozy AF thanks to the super roomy silhouette. (Photo via Frazer Harrison/Getty)

7. Vanessa Hudgens: Only at the VMAs are Disney princess moments considered out-of-the-box, but we love that Vanessa took it there with an uber voluminous skirt, cascading waves and stacks upon stacks of arm candy. (Photo via Frazer Harrison/Getty)

What were your favorite looks from the VMAs? Tell us which celeb #won in your eyes, plus who you think wore the most shocking look of the night in the comments below.