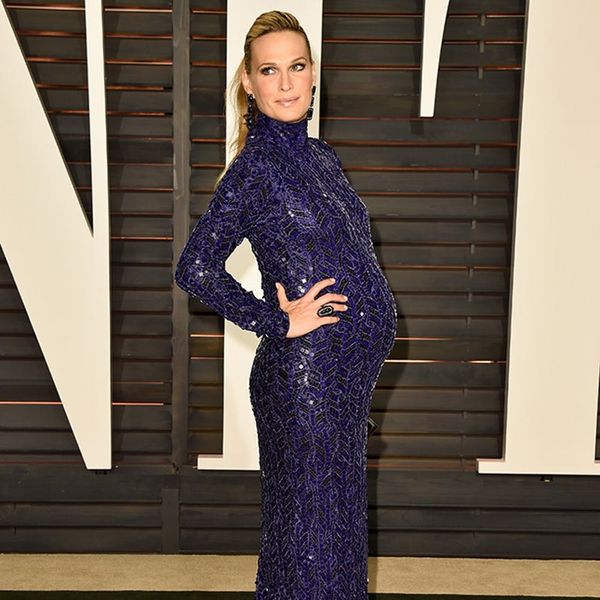 It’s been a BIG week in the world of celebrity babies. First we (finally) had a confirmation on Blake Lively’s little James Reynolds, then came the news of baby Blues joining the extended Mad Men family, followed by Vin Diesel’s tribute baby name to Paul Walker with the announcement of Nate Berkus + Jeremiah Brent’s floral girl not too long after. While we thought that would be more than enough for the week, another superstar (supermodel) announced the birth of her newest bundle with a name that is Gone With the Wind-levels of fabulous.

Model Molly Sims revealed on her website that she gave birth to her second child, a daughter named Scarlett May Stuber, with husband and film producer Scott Stuber on March 25. Now that’s a sweet baby name. <3

Alongside a picture of the pint-size beauty, Molly wrote, “Our hearts are bigger with you here.” Not only are the parents’ hearts bigger, but so is the family as little lady Scarlett joins big brother Brooks, making the Stuber family a fab foursome.

The English name — with famous company like Scarlett Johansson + Scarlett O’Hara — was precisely picked by the couple. Molly shared some insight with The Bump on how the decision went down. “Scott is pretty much obsessed with the name. He wants it to represent not just when they’re a newborn but also how it will sound in a board meeting. He’ll do crazy stuff like announce the name like a football player. He also makes PowerPoint presentations with columns so he can see first names with middle names.” We’re all for PowerPoints but if you’re ever thinking of adding another go for a name bracket next time, Scott.

What are your thoughts on the name Scarlett May? Let us know in the comments