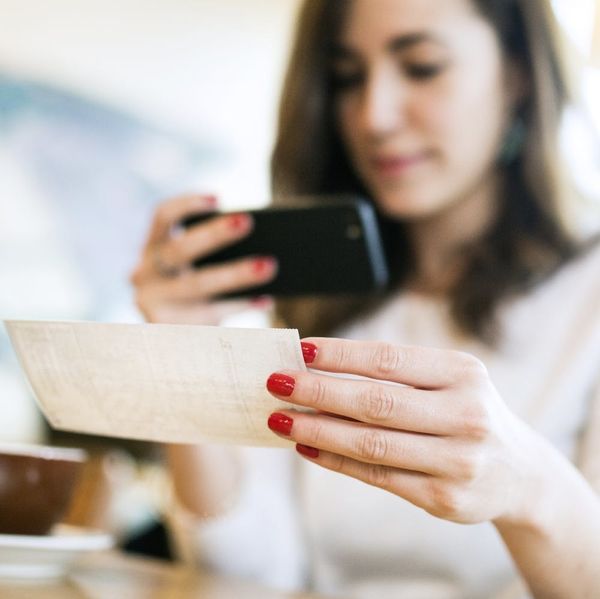 They say that money can’t buy you love, but that doesn’t mean it can’t bring you a better perspective on life. Stability, security and perks that come along with a paycheck above a certain level is something to aim for if you want to live your best life, according to Angus Deaton, a Nobel Prize-winning economist from the University of Princeton. His recent study is a serious boost in motivation for increasing your salary this year.

In his research, Deaton found that although money doesn’t directly bring happiness, when you reach the “happiness plateau” above an annual salary of $75,000, “the thoughts that people have about their life” become more positive. “Giving people more income beyond $75,000 is not going to do much for their daily mood… but it is going to make them feel they have a better life.”

On the other hand, those who make less tend to more intensely and negatively experience life’s tragedies, such as divorce and bad health. Ouch.

“As an economist, I tend to think money is good for you,” Deaton says, “and am pleased to find some evidence for that.” Just another reason to ask for that well-deserved raise.

Do you feel that your income is a factor in how you view your life? Tweet us @BritandCo!

Desiree O
Desirée O is a ‘Professional Bohemian’ who loves anything and everything related to the arts, entertainment, and pop culture. She ADORES being a ‘Newsy’ for Brit + Co, covering all of the latest tidbits of awesomeness that you want to read about. When she’s not writing, she’s either making messy art, going on long adventurous walks with her camera, or poking around over at bohemianizm (http://www.bohemianizm.com/). You can find out about Desirée O and her work at http://DesireeO.com/ or follow her on Twitter @DesireeO.
money
Entertainment
money
More From Entertainment