Morning Buzz! Here’s What Will Happen to the People Who Caused the Oscars Mix-Up + More 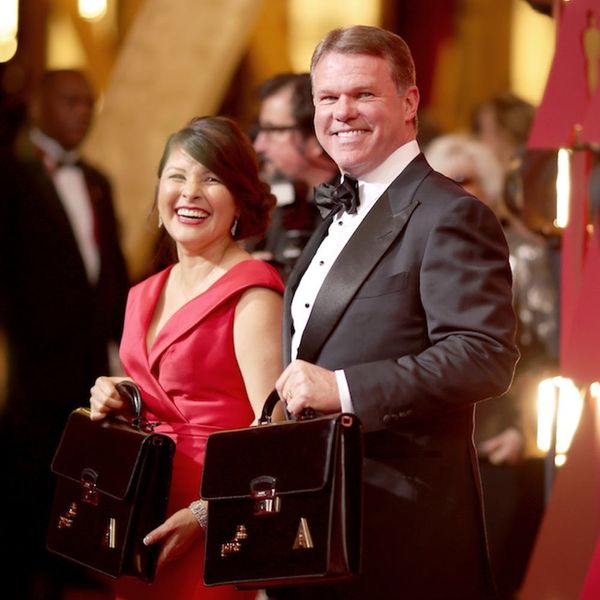 Updates on #EnvelopeGate and April the giraffe are just two of this morning’s buzziest news stories. Check out those and more of what you missed while you were sleeping, below.

1. After the flub that accidentally awarded the Best Picture to La La Land instead of rightful winner Moonlight at the Oscars earlier this week, both the accounting firm responsible for the envelopes, PricewaterhouseCoopers, and the Academy have been looking into how the mix-up happened and deciding what to do about it. It’s now been decided that the two PwC accountants responsible, Brian Cullinan and Martha Ruiz, will not be invited back by the Academy (good thing you got those Emma Stone pics while you were there, Brian!). (Photo via Christopher Polk/Getty)

2. Joe Biden’s deceased son Beau Biden’s widow is reportedly now dating his brother, Hunter Biden. Go ahead, read it again — that’s a lot of Biden. Former Vice President Joe Biden’s son Beau sadly passed away from brain cancer in 2015, and now, Page Six reports that his widow Hallie is officially dating his brother, Hunter, who is now separated from his wife. “We are all lucky that Hunter and Hallie found each other as they were putting their lives together again after such sadness,” former VP Biden told Page Six in a statement. “They have mine and [wife] Jill’s full and complete support and we are happy for them.” (h/t Page Six, photo via Mark Wilson/Getty)

3. Attorney General Jeff Sessions is under fire for not disclosing Russia meetings. This sounds a little familiar. The Washington Post reports that Sessions was in contact with Russian Ambassador Sergey Kislyak twice in 2016, directly contradicting what he said in his confirmation hearing to become attorney general. A spokeswoman for Sessions told BuzzFeed News that the encounters were not as a representative of the Trump campaign, but as a member of the Senate Armed Services Committee, and so when he told Congress he did not have contact with Russian officials, he wasn’t being misleading. Some Republicans and Democrats are now calling for Sessions to remove himself from the investigations into Russia’s potential interference in the 2016 election. (Photo via Susan Walsh-Pool/Getty )

4. If you’re bored of April the giraffe’s live stream, how about watching it with Tom Hiddleston narrating? April the giraffe has become a viral sensation over the past couple of days, as millions watch a Youtube live stream waiting for her to give birth to a teeny (by giraffe standards, natch) calf at Animal Adventure Park in upstate New York. We’re checking in as often as everyone else, but TBH, watching this thing gets a little tedious, and so Tom Hiddleston did a wonderfully dramatic, Planet Earth-esque narration of the livestream for BBC Radio 1. “All giraffes need to exercise. She’s taking a walk around her room. Look at that magnificent long neck,” he described dramatically. “She takes a bow; she knows the world is watching.” Amazing. Watch Tom’s narration here, and keep your eyes on April the giraffe right here. (h/t Us, photo via)

5. Bella and Gigi Hadid show the power of sisterhood with just one look when Bella almost runs into her ex. Bella and Gigi Hadid were both walking the H&M show at Paris Fashion Week when they encountered a potentially awkward moment — Bella’s ex The Weeknd was performing (Selena Gomez was also reportedly in town with him). As the sisters walked past the performance, Bella gave Gigi a split-second look that not only fully said *SCREAMING INTERNALLY,* but told a lifetime of getting through s**t together, and honestly, it was beautiful.

6. Quote of the day: “It’s my birthday and all I want is to be a better friend, better brother, better son and and better man.” Justin Bieber’s bday selfie wish is a little emotional and a lot real.

Do you make wishes for the year ahead on your birthday? Let us know over @BritandCo.