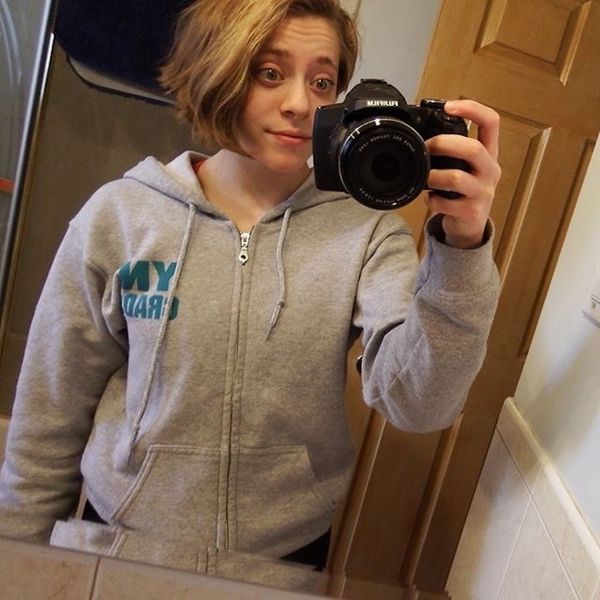 Okay, so we’re actual adults and still aren’t pros at using weights at the gym. We’ve learned which machines to avoid at the gym (and what to do instead), but how do we mix it up while staying injury-free? And is that dude across the room laughing at us or trying to hit on us? We’ll never know! But one thing we do know is that there’s a new #girlboss on the weight lifting scene to look to for fitness inspiration. What’s extra impressive about her? She’s 14 years old and can lift three times her own body weight. Um, WHAT?

Naomi “Supergirl” Kutin set a world powerlifting record when she was just nine years old, and has continued to travel the world breaking more records. Filmmaker Jessie Auritt and her team have been following Naomi’s amazing journey for three years, since she was 11, and have documented some seriously inspiring moments. From religious obligations (Naomi practices Orthodox Judaism) to struggles with cyberbullying and serious health challenges, Naomi doesn’t let anything get in her way.

“At a time when the women’s empowerment movement is in full force, it is especially crucial to see strong female characters who do not conform to gender stereotypes in film,” the producers write on their Kickstarter page, explaining why the documentary is so timely. “Naomi is a great example of a young woman who is not afraid to put herself out there, break boundaries and pursue her goals. While Naomi’s circumstances are unique, her story speaks to many and will hopefully be a source of inspiration to a broad audience, particularly for women and girls as they come of age and face many similar challenges as Naomi, regardless of their background.”

Want to know more about Naomi? Support the film! Jessie and her team are raising money through Kickstarter to put all the amazing footage they’ve gathered over the past three years together into a must-see documentary. The campaign ends April 3, so hurry!

Who’s YOUR inspirational fitness hero? Tweet us about her @BritandCo!

Kylie Kendall
Kylie is a freelance writer living in Ottawa, Canada. When she's not writing, you might find her scoping out all-day breakfast spots in her city or taste-testing every bottle of red wine under $10.
Empowering Girls
Health
Empowering Girls Feminism Fitness Girlboss Workouts
More From Health