This Is the New Celebrity BFF Pairing of Our Dreams 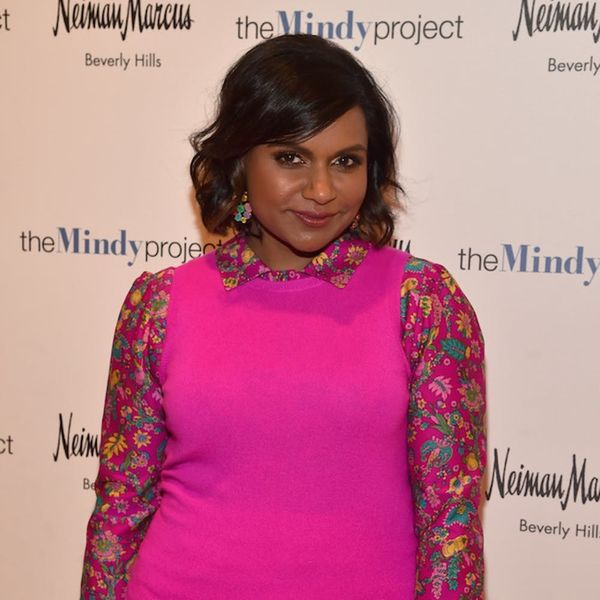 Neil Patrick Harris (NPH to those in the know) has defined relationship goals with his hubs and cute-as-button children for a while now and today he took a selfie that was the physical embodiment of #squadgoals.

NPH and your celebrity BFF Mindy Kaling were making the morning/daytime TV rounds and bumped into each other. What happened next was nothing short of selfie magic.

Waiting for our segments, I ran into one of the nicest, easiest people to talk to ever: @mindykaling pic.twitter.com/hFMnzE8thM

Shout out to this lady in the background who is doing EXACTLY what we would have done in that situation: photobomb hard core!

We know they’re real people who just happened to run into one another BUT we’re stuck day dreaming about the How I Met Your Mother/Mindy Project crossover that never was. They’re both set in New York — it could totally happen! What if Barney settled down with a nice, if bumbling, gynecologist? What if she helped deliver Marshall and Lily’s baby? What if they all sat around and tried to play a rousing game of Marshgamon one day and hilarity ensued? Frankly this is the ONLY person we’d be okay with Ted marrying after (SPOILER) the real mother dies. Sorry, Robin, but the series finale was kind of a cop out.

We’ll be accepting your HIMYMindy fan fictions by post or email, please and thank you.

Which TV crossover would you be stoked to see? Tell us in the comments!

Molly Sanchez
Molly Sanchez is a writer, comedian and lover of burritos everywhere. She has written for The Bold Italic, Liquid Bread, Thrillist and HelloGiggles. She devotes her time to Bloody Mary research, exploring San Francisco and promoting wide spread shower beer awareness and appreciation. Find her on Twitter @seriousmolly trying to get famous people to laugh at her jokes or on Instagram @mollyfuckingsanchez where she swears a lot.
Selfie
Home News
Selfie