For the Honor of Greyskull! Netflix and DreamWorks Are Bringing Back ‘She-Ra’ 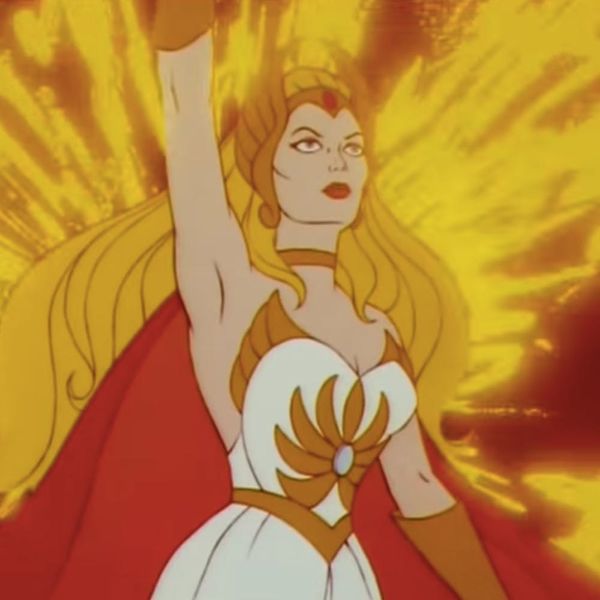 Netflix is keeping us coming back for more in 2018. Besides their Carmen Sandiego reboot, and the new version of Queer Eye, the streaming service is working on getting more nostalgia-heavy throwbacks to us next year, and this time, it’s with the help of DreamWorks Animation: The companies are partnering to bring six new shows to fans, including a reboot of the ’80s fave She-Ra: Princess of Power.

She-Ra was originally created in 1986 as a girl-friendly companion to the hit cartoon He-Man. The hero, Princess Adora, is the twin sister of Prince Adam, AKA He-Man. Along with her talking horse, Spirit, and her friends, She-Ra fought evil in the kingdom Etheria, where she was taken after being kidnapped from Eternia along with her brother. Upon her return to her home world, Adora decided to return to Etheria to fight the evil forces on the planet, and to help her friends.

The news is out: I'm showrunning a new She-Ra reboot for Dreamworks TV and Netflix! https://t.co/v7IJhYxXi1 pic.twitter.com/gtLn2yLQLZ

The Netflix/DreamWorks reboot will be helmed by Eisner Award-winning animator and writer Noelle Stevenson. The 26-year-old has worked on Marvel comics including Thor Annual and Runaways. Variety says the show is “an epic and timely tale that celebrates female friendship and empowerment, led by a warrior princess tailor made for today. The series will be available to Netflix members worldwide in 2018.”

Another girl-focused project from the partnership will be Harvey Street Kids, a show that sees three girls, Audrey, Lotta, and Dot, teaming up to keep their child-friendly universe on Harvey Street safe and friendly. The show looks like a cross between Peter Pan and The Goonies.

The Netflix/DreamWorks arrangement will also see a show based on the Alec Baldwin movie Boss Baby, a Captain Underpants series, and  a return to the Guillermo del Toro show Trollhunters, with part three airing in 2018. The series is based on the adventures of Branch and Poppy immediately following the events of the movie Trolls: The Beat Goes On.

Do you remember She-Ra? Tell us @BritandCo!

Kat Armstrong
Kat has been a writer, social media maven and mom for longer than she's willing to admit. She's also spent time in front of and behind the camera, interviewing celebs, politicians and acting as a producer for fashion and artistic photography shoots. When she isn't writing for various orgs and publications, she's hanging with her kids, husband and French Bulldog, Peter, in Toronto, Canada.
Netflix
TV
Netflix Nostalgia