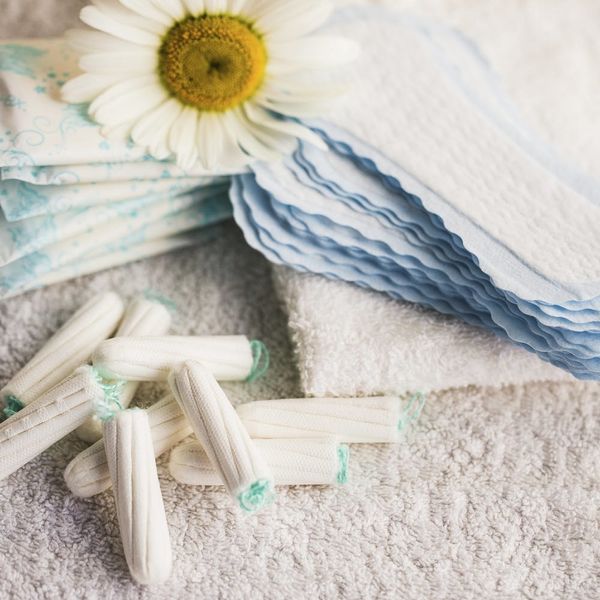 New York City can be an exciting place to live. While it’s one of the country’s best cities for coffee lovers and you can find something to do every night of the week (like checking out Hamilton before Lin-Manuel leaves, if you’re super duper lucky), there’s another really big reason to get excited about New York today. The city has passed what’s being touted as a first for the nation: Women will have access to menstrual supplies for free in all public spaces and within prisons.

How did such a thing come about, you might be wondering? In May, New York Assemblywoman Linda Rosenthal created a bill to abolish what is commonly known as the “tampon tax” while, at the same time, legislation was being proposed to provide free tampons and pads in public schools, shelters and prisons. City Council voted on Tuesday and unanimously agreed to expand the program to ensure that anyone who needs access to these products in public domains will get them.

Bill sponsor Julissa Ferreras-Copeland said of the bill, “Providing menstrual hygiene products privately, immediately and for free is also about sending a body-positive message by not perpetuating shame and humiliation, and acknowledging that women’s bodies, even those of women serving time in prison, deserve some dignity during their periods.”

While the bill waits for Mayor Bill de Blasio’s signature, we are hoping this sets a strong precedent across the country, having more measures like this for all women nationwide.

What do you think about New York’s bold new bill? Tell us @BritandCo!

Kat Armstrong
Kat has been a writer, social media maven and mom for longer than she's willing to admit. She's also spent time in front of and behind the camera, interviewing celebs, politicians and acting as a producer for fashion and artistic photography shoots. When she isn't writing for various orgs and publications, she's hanging with her kids, husband and French Bulldog, Peter, in Toronto, Canada.
Period
Entertainment
Period
More From Entertainment