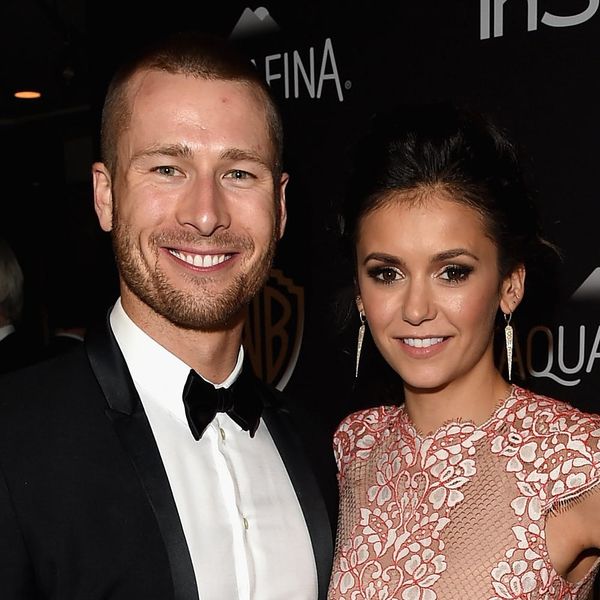 Nina Dobrev may have dealt with Orlando Bloom dating rumors just a few months back, but it looks like that relationship has either fizzled out or never really sparked in the first place. That’s because the actress has just taken her romance with Glen Powell public while attending her BFF Julianne Hough’s wildly dreamy weekend wedding.

People has confirmed that the two 28-year-old actors are officially an item, though the fact that this pair is actively throwing heart-eye emojis in each others direction is pretty obvious after pics of the duo popped up on social media. The two posed together in the photo booth set up for guests attending Julianne Hough’s wedding and snapped a handful of shots that are as silly as they are totally adorable.

They are so cute 😍 Nina Dobrev & Glen Powell 💕 pic.twitter.com/fxObr6GDEN

Dobrev, who is obviously well known for her role on The Vampire Diaries, has been previously linked to Powell (who’s appeared in Hidden Figures, Ride Along 2, and The Expendables 3, as well as Scream Queens), spending the holidays together with friends and even dressing up in La La Land-themed costumes for the actress’s recent birthday party. However, this is the first time the two have let the world in on their blooming romance, and we’re definitely thrilled that they did.

What do you think about Nina Dobrev and glen Powell as a couple? Let us know @BritandCo!