North West Was Spotted Carrying a $3450 Handbag to Church 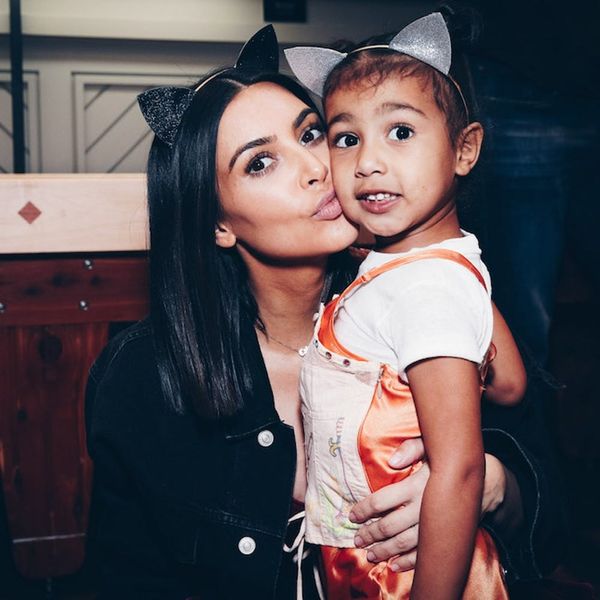 Oh, to be North West! Not only does the famous tot get first dibs on her parents’ clothing line and her dad’s sneakers, but she is privy to some *very* fancy handbags.

On Sunday, KimYe’s oldest child went on a post-church outing with her aunt Kourtney Kardashian and cousin Penelope. She was wearing a cute lilac velvet shift dress and sneakers, but it was what she was carrying on her arm that caught our attention.

The three-year-old was carrying an embellished micro mini Fendi bag that retails for $3,450. WHOA. If you can wrap your head around a handbag that small with such a big price tag, you can buy it for yourself here.

But it looks like North was likely just “borrowing” the purse from her aunt. Both she and her cousin Penelope were spotted switching turns with the hand bag, and her aunt Kourtney has been photographed wearing the purse on several other occasions.

But we do have to say, North certainly know how to accessorize a ~*lewk*~.

What do you think of North’s little handbag? Tweet us @BritandCo.

Channing Hargrove
Channing Hargrove is a freelance fashion editor and writer in New York City. When she isn’t writing about clothing (or shopping, for research, of course), Channing is writing about life in a tiny studio apartment in a big city — and what she’s wearing — on her blog, Channing in the City.
Celebrity Style
Celeb Style
Celebrity Style Designer Kardashians purse
More From Celeb Style