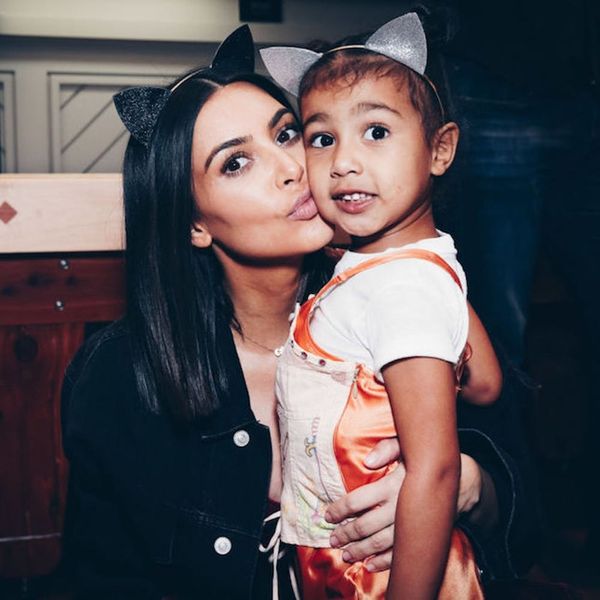 Last year, after Kim Kardashian’s terrifying gunpoint robbery in Paris and her husband Kanye West’s mental health issues landed him in the hospital, the mega-famous couple decided to take some time out of the public eye. While West has always shied away from the cameras on Keeping Up With the Kardashians and has had a contentious (and sometimes violent) relationship with the paparazzi, Kim and the rest of the Kardashian family have built their business on letting the public into their lives.

Kanye continues to keep public appearances at a minimum for the time being, and recently even deleted his Twitter and Instagram accounts. But Kim’s public appearances and social media life are more or less back to the way we remember — and as we’ve seen in the past, that often means her kids, and more specifically four-year-old daughter North West, are in the public eye with her.

Now, we admit, we’re unabashed fans of North, as much as one can be of a toddler you do not know. She’s adorbs, has killer style, and her personality and sense of humor are always up to 100. But recently, North, out with her mom, was caught on camera — on many cameras, in fact — distressingly telling the paparazzi to stop taking pictures.

First celebrity kid to go HAM on the paparazzi 😭😭 she is 10000% Kanye's daughter! pic.twitter.com/9OfIvdaMHq

You might want to feel very “kids say the darndest things!” about the clip, but it’s actually totally creepy. North’s body language is hesitant and then becomes confrontational — something no four-year-old should need to consider. Kim slowly guides North to their waiting car, but doesn’t otherwise try to shield North from the cameras — it’s possible she’s trying not to overreact and make North more afraid, since this is such an ingrained part of her life already that it might ultimately be more damaging to teach her to be more reactionary. But oof — we really feel bad for this poor kid.

Kim and the Kardashian family welcomed the public into their lives, but North has not had the chance to make that decision for herself. It’s not the first time North has told the paps to leave her alone, and while part of us definitely wants to applaud her assertive attitude, remember: She’s just a kid.

Do you think celebrity children should be kept out of the public eye? Let us know @BritandCo.