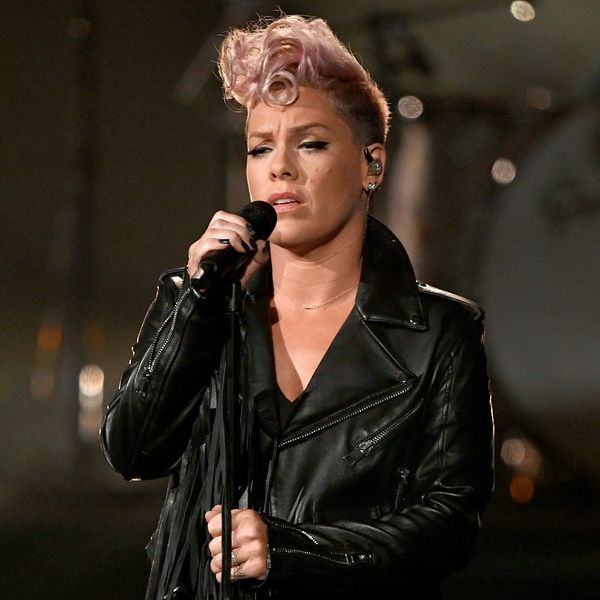 We don’t know yet which teams will be playing in Super Bowl LII, but we do know that the “Man of the Woods” himself, Justin Timberlake, will try to outdo Lady Gaga’s jaw-dropping roof-jumping stunt with his own “Filthy” theatrics when he headlines this year’s halftime show. And now we know who will be singing the National Anthem too.

According to Variety, Pink will perform “The Star-Spangled Banner” during the pregame show at US Bank Stadium in Minneapolis on Sunday, February 4. The news comes months after the “What About Us” singer released her seventh studio album, Beautiful Trauma, which earned her a 2018 Grammy nomination for Best Pop Solo Performance.

Though her world tour is set to kick off on March 1 in Phoenix, she’ll likely devote at least a little time to prepping for her big Super Bowl performance, which will see her join the ranks of past anthem performers including Alicia Keys, Idina Menzel, Diana Ross, Whitney Houston, Natalie Cole, Vanessa Williams, Cher, Faith Hill, Mariah Carey, the Dixie Chicks, Beyoncé, and Christina Aguilera.

Pink won’t be alone up there, though. Actor and director Alexandria Wailes will perform both the National Anthem and “America the Beautiful” alongside the popular singer, but in American Sign Language on behalf of the National Association of the Deaf (NAD).

We have no doubt that both Wailes and Pink will do an amazing job when the Super Bowl rolls around next month.

What do you think about the fact that Pink will be singing the National Anthem at Super Bowl LII? Let us know @BritandCo!

Desiree O
Desirée O is a ‘Professional Bohemian’ who loves anything and everything related to the arts, entertainment, and pop culture. She ADORES being a ‘Newsy’ for Brit + Co, covering all of the latest tidbits of awesomeness that you want to read about. When she’s not writing, she’s either making messy art, going on long adventurous walks with her camera, or poking around over at bohemianizm (http://www.bohemianizm.com/). You can find out about Desirée O and her work at http://DesireeO.com/ or follow her on Twitter @DesireeO.
Super Bowl
Music
Super Bowl