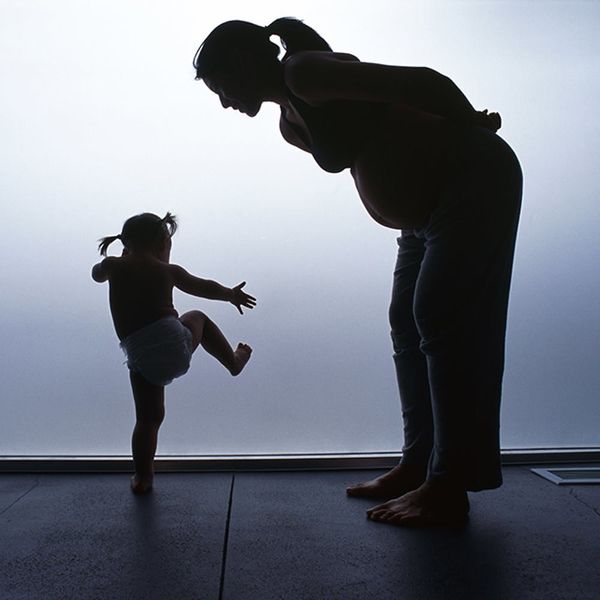 It’s part of parenting lore: Meeting your baby makes the difficulties of pregnancy and labor totally worth it. And if you’ve always wanted at least two children, those blissed-out baby days can make the idea of trying for baby number two sooner rather than later appealing. But there are definitely reasons you might want to give your body some extra time to recover before you go for round two. Here’s what you need to know about spacing out pregnancies to help make sure you and your future children are healthy and happy.

How long should you wait?

The World Health Organization (WHO) recommends that you wait a minimum of 18 months — and preferably 24 months — after one birth before getting pregnant again. This is partially backed up by a study published in the Journal of the American Medical Association in October 2018: Looking at more than 145,000 pregnancies in Canada that resulted in a live birth (as opposed to a miscarriage or stillbirth), the study’s authors found that people who gave birth aged 35 and older were more likely to experience severe morbidity risks or even death when they got pregnant six months after giving birth compared to waiting 18 months. Patients aged 20 to 34 who waited just six months versus 18 months to get pregnant after giving birth did not experience the same risks themselves, but their babies were more likely to have health issues, and they were more likely to go into labor early.

That might sound alarming, but Dr. Daniel Kort, MD, an OB/GYN and reproductive endocrinologist in New York, says there’s no reason to panic. “By studying a large number of patients, the authors were able to detect some relative increased risks, but the overall chance of these complications remained low,” he says. In addition, Klein points out that this study is looking at the time between the first birth and the second conception, rather than the time between the birth and when couples started trying to conceive, “which is actually more relevant since it is what people can control.” The study may not be perfect, but it does support giving your body a break before you start trying for your next baby.

What are the risks of closely spaced pregnancies?

Conceiving another child soon after delivery is known as a “short interpregnancy interval,” according to Dr. Joshua U. Klein, MD, FACOG, a reproductive endocrinologist and Chief Medical Officer at Expect Fertility in New York. Data has shown that a short interpregnancy interval can result in increased risk of preterm delivery, babies with a low birth weight, and a higher chance of admission to a neonatal intensive care unit. There are also potential health risks for the parent: Dr. Adeeti Gupta, MD, FACOG, the founder of New York’s Walk In GYN Care, the first walk-in women’s health center, says “there is increased incidence of bone loss, osteoporosis, and joint pains with shorter gaps between pregnancies. It takes up to 24 months of adequate vitamin D and nutrient intake to replenish the losses. Other risks include increased chance of failed lactation in the subsequent pregnancy, hair loss, skin changes, and postpartum depression.”

The risks can be particularly pronounced for people who gave birth via cesarean. Dr. Octavia Cannon, DO, President of the American College of Osteopathic Obstetricians and Gynecologists and co-owner of Arboretum Obstetrics and Gynecology in Charlotte, NC, cautions, “If the patient wants to have a vaginal birth after a previous delivery by cesarean, they run a greater risk of uterine rupture if the incision is not completely healed.”

While the new study supports the WHO’s recommendation of taking a gap between pregnancies, the authors disagreed over the minimum length of time that gap should be. They said that their results showed that waiting at least 12 months to get pregnant after giving birth lead to a decreased risk to parent and baby, so waiting 18 months might not be a must.

This could be good news for people who are older when they start a family, as it means they can fit in all their pregnancies before hitting an age when pregnancy and giving birth come with increased risk factors. Dr. Shahin Ghadir, MD, FACOG, a reproductive and endocrinology specialist in Southern California, says, “Thirty-five is generally considered to be an advanced age to get pregnant, and since the risks of gestational diabetes, high blood pressure, and preterm delivery increase, it could be safer to have a child sooner instead of waiting until the parent is older.” But there’s not a one-size-fits-all answer, he says: “I would recommend that every individual or couple who is having a baby assess their own life in terms of their support systems, their finances, their health, and their ages to map out the timeline of how to have their children, rather than use guidelines from a study.”

While studies like this can certainly help people make informed health decisions, only you can really know when you’re ready to have another baby. Cannon says, “I think it’s each patient’s individual decision, and it depends on their medical and social history. I do notice more postpartum depression in people who have babies close together, and [they can] feel overwhelmed or stressed, particularly in my older patients. I also have younger patients who married at age 18 to 25 and have all of their children 12 to 18 months apart, and they seem to do well, but it is still a lot of work. In the end, patients will do what they want to do. All I can do as the physician is advise them based on what I know about their physical, emotional, and mental wellness.” Instead of following that rush of baby bliss into the next pregnancy before you’re ready, give your body a chance to recover while you focus on your newborn.

Did you have your children close together? Share your pros and cons with us @BritandCo.

From Your Site Articles
Natasha Lavender
Natasha Lavender is a Londoner living in Chicago, and is fluent in British and American. She writes about pop culture, health, lifestyle, feminism, fashion, and interviews with interesting people, and has previously worked for Good Housekeeping magazine, Buzzfeed, and Hello Giggles. She loves podcasts, running, reading, dogs and cats equally, and peanut butter anything.
Family
Pregnancy
Family Pregnancy
More From Pregnancy